Taking to her Instagram feed, the 28 year old, who recently paid an emotional tribute to "mother's in heaven" on Mother's Day, shared a sweet photo which her 41 year old husband took.

The snap captured an intimate moment where Rio's middle child Tate could be seen with his arm wrapped around Kate's shoulders, showing just how close they've become since Kate joined their family. The former The Only Way Is Essex star captioned it: "First school week of the #ferdinandhomeschool complete," alongside a stack of books emoji.

She confessed there have been some "mad moments" throughout the week, as homeschooling is completely new to her, like many other parents across the country.

The reality star, who recently said she's not a "regimented lunatic", continued: "There’s been some mad moments, lots of fun family workouts and walks, a broken arm, lots of moaning, some shouting … some vodkas but mostly LOVE and we SURVIVED our first week." Recognising that her former footballer husband took a beautiful picture depicting a significant moment between her and Tate, she said: "I have learnt a lot and I absolutely love this picture Rio took, It really captured a moment," with a red heart emoji.

"It’s the simple things in life I’m learning to appreciate more and more. #iamgratful for our health, and for the lessons the virus is teaching us. [sic]

"We are really realising what is important and what isn’t. I hope you have all survived your first week. Lots of love to everyone #staysafe". 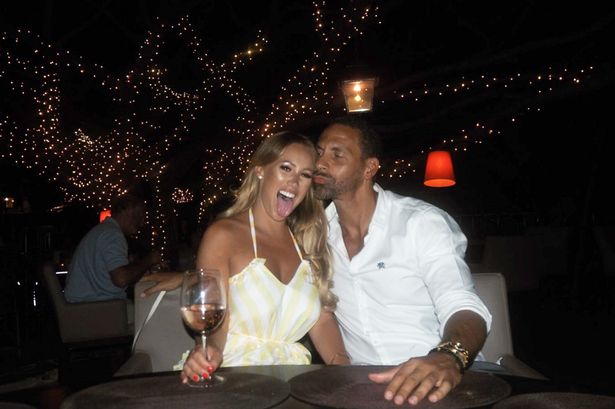 Many of her fans were quick to comment as one person wrote: "Your amazing kate. Such a good person." [sic] together with two heart emojis.

And a fourth added: "What a special picture, thanks for sharing," alongside a heart eyes emoji.

The image showed the TV star cuddled up on a couch with a large glass of white wine and her beloved dog. Over the it, she wrote "Teachers" before adding an arrow pointing down to a sign which read: "I salute you".