Justin Timberlake and Jessica Biel are one of the most famous celebrity couples in Hollywood. The pop singer and 7th Heaven actor first got together in 2007 and eventually tied the knot in October 2012. They have one child together, a son named Silas Randall.

Before we dig into that, though, let’s go back a few years to see where this A-list relationship began.

Early 2007: The two first meet at a birthday party Timberlake was throwing for one of his friends. According to Us Weekly, Timberlake then called Biel on the phone to ask her out. She said yes. People magazine declared them “special friends” in late January 2007 after they were spotted snowboarding together.

May 2007: The couple goes public, with the Daily Mail sharing photos of them kissing in the U.K.

I cherish those cheeks and everything else about you, baby.

September 2007: Timberlake confirms to Oprah Winfrey he’s dating someone who “smells lovely” and that he gets “pretty romantic” around.

January 2010: Biel (briefly) opens up about her relationship to Vogue, calling it “the most precious thing that I have in my life.”

March 2011: The couple splits, with reps telling People, “The two remain friends and continue to hold the highest level of love and respect for each other.”

Since the days of embarrassing pink ruffled bikinis and underwater photo shoots, you have been infusing my life with so much joy and laughter that I blame YOU for my smile lines. 😊 But I wouldn’t trade them for the world. I wear them with pride knowing that I am the luckiest human around to have the honor of hearing your jokes, your words, your voice, every day of my life. Happy birthday to the man of my blue ocean dreams. I love you.

July 2011: Biel and Timberlake reconnect over tacos and bike rides. Media outlets assume they are back together.

October 2012: The two tie the knot in an intimate ceremony in the Italian countryside. Biel wore a now iconic pink dress.

October 2019: The couple’s matching Halloween costumes go viral. She dressed up as *NSYNC era Justin, while he went as a microphone. 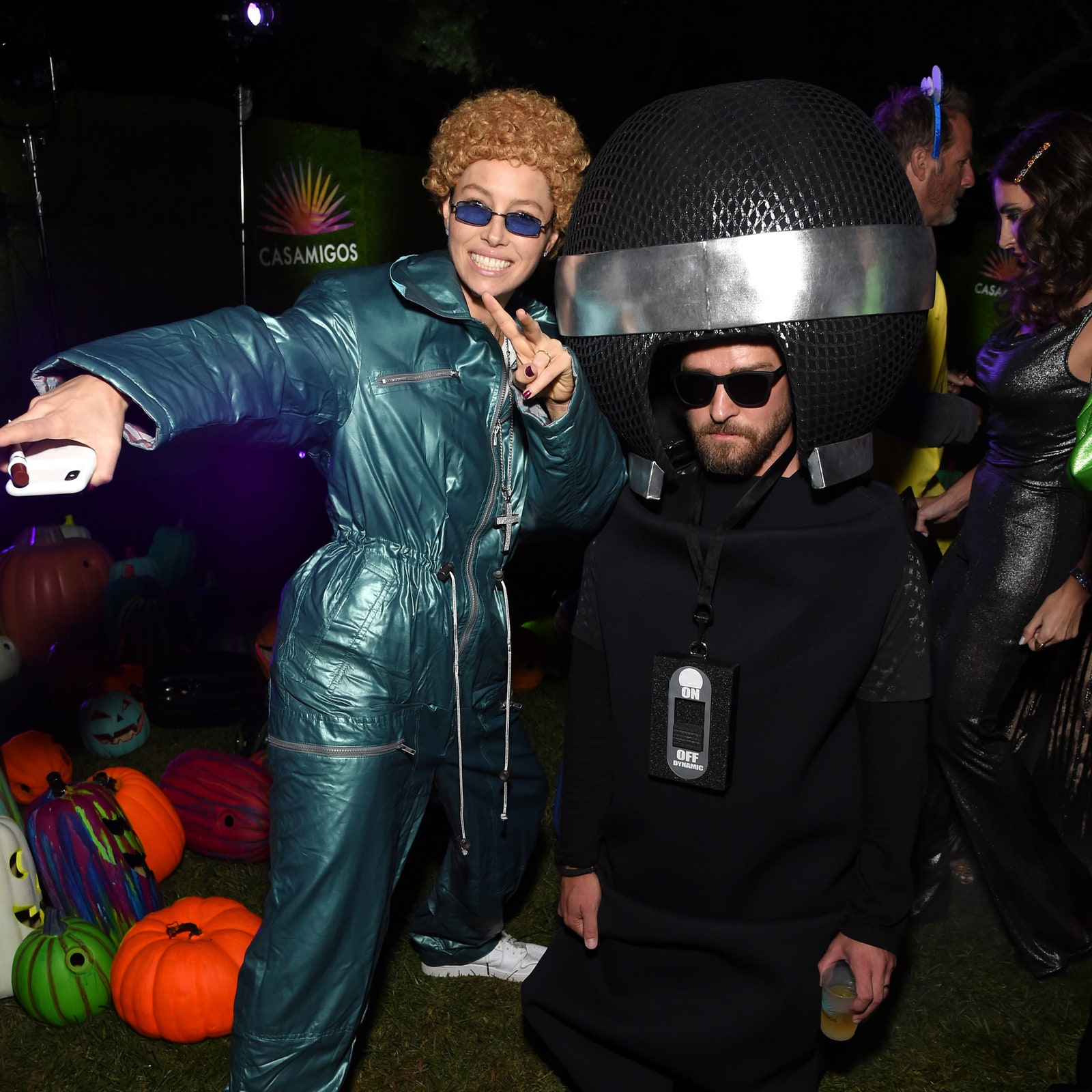 November 2019: The internet breaks after photos of Timberlake seemingly getting cozy with actor Alisha Wainwright emerge. However, multiple sources contest the New Orleans hangout, which included other cast and crew members from the film they’re working on, was innocent. “There is absolutely nothing going on between them…. They were out with all the cast, crew, makeup artists, and everyone was just hanging out in a social setting,” an insider tells E! News. “They are just working together. No validity to any other rumor other than that they are filming together.”

A second source corroborated this to E!, saying Timberlake and Wainwright’s relationship is “innocent.” ”They’re filming a movie together and it was a group of people hanging out,” the source added. “There is nothing going on between them.”

A report published on Monday, November 25, on E! outlines how Biel is reportedly dealing with the situation and what’s next for the couple. “They are downplaying everything and trying to laugh it off as nothing. But it was definitely inappropriate and something that would make any wife uncomfortable,” the source says. “He had too much to drink and got carried away.” That being said, this insider assures fans Biel and Timberlake are “going to move on from this.”

Adds a source, “Their marriage will survive. He feels guilty and will make it up to her. She is very good to him and he knows how lucky he is. He says it was not a big deal, they were all hanging out together, and that’s the end of the story."

December 2019: Timberlake addresses the rumors for the first time. Read his statement, below:

After Timberlake's public apology, sources tell People that Biel "is standing by" her husband. "Obviously Justin drank too much this time, but Jessica believes he didn’t cheat on her,” the source continued. “What’s most important to her in life is her family and being the best mom to Silas. She’ll never break up her family over something like this.”

https://www.instagram.com/p/CBtG41zBZ0w” data-instgrm-version=”8″>July 2020: Timberlake and Biel reportedly welcomed their second child in July, according to The Daily Mail. While the news hasn't been confirmed by the couple, sources allege that the couple kept Biel's pregnancy top-secret for months and that she, Timberlake, and their oldest son Silas Randall Timberlake have been spending quarantine away LA.

https://www.instagram.com/p/CAA8cqBBI-z” data-instgrm-version=”8″>Some believe Timberlake hinted at the pregnancy back in May in a Mother's Day tribute to Biel. Swipe to the third pic to see the couple in matching “Papa Bear” and “Mama Bear” robes.