A Place In The Sun presenter Jasmine Harman, 44, who is currently isolating at home with her husband Jon Boast, and their two children, has spoken about how normally they rarely see each other. The TV star said it’s the first time in a long while that they’ve all been together for this long.

Luckily we get on quite well!

Jasmine, who has been suffering with coronavirus symptoms, has admitted how rare it is for herself and Jon to be spending this amount of time together with their children due to their work commitments.

The Channel 4 host exclusively told Express.co.uk: “It’s really unusual because quite often we’re ships in the night and quite often I’ll return home and John will be leaving that same day or the next day, and vice versa.

“So it’s been almost unprecedented for years that we’ve spent this much time together.”

Jasmine continued of the coronavirus lockdown: “And this is probably the first time since we’ve had two children that we’ve all been together for this long. 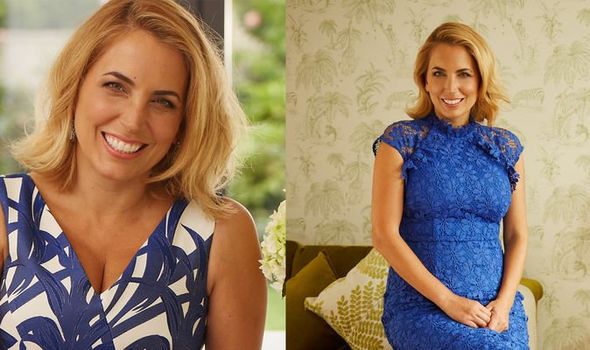 “We’ve rarely taken more than a week’s holiday together. Luckily we get on quite well!”

While reflecting back to the time where she first met her partner when she worked alongside him on the programme, Jasmine said they had “a brilliant time” and loves the idea of doing the same again.

She said: “We did meet on A Place In The Sun, and he is still involved with some aspects but we don’t work together anymore and I would love to.

“Because when we did work together for many, many years we had such a brilliant time.”

The host added: “We get along really well which is lucky because now we’ve been together non-stop.”

The mother-of-two revealed that her breathing started to become “painful” the evening before she was supposed to be travelling out to Spain for work last month.

She said: “I was supposed to be travelling on that Sunday evening. My breathing started to become painful.

“I wouldn’t say it was like the worst feeling I’ve ever had, at all. Because had this all not been an issue, I would have probably thought, well, I’m still fine. I’m willing to go to work.”

Jasmine then explained that she is now feeling like she is on the mend as she added: “I’m feeling a lot better. I’m still coughing, but from what I understand that might continue for a few weeks.”

The 44-year-old then said that although it was a “scary” time, she was amazed by her online community that helped her after reaching out on social media.

Jasmine continued: “That was a very scary time, but it was all made so much more bearable by the fact that my community around me was so amazing, and so kind, and people were so helpful because I couldn’t go out anywhere, at all.

“My close friends and family aren’t very close to me geographically, we’re all scattered around the place, so it was really, really uplifting, and emotional to know that they had my back.”

During the interview, Jasmine, who married Jon in 2009, also opened up about their journey with IVF and how she feels “very lucky and blessed”.

The TV star said: “We had IVF with our two and so we feel very, very, very lucky and blessed to have had two children.

“I’m very proud of the fact that even though we had we struggled to conceive, we managed to do it, and managed to sail through it really without any major side effects.”

Jasmine said after she underwent mild IVF with professor Geeta Naga, she has since helped her launch an IVF package called ABC IVF.

She went on to say: “She is such an inspiring and amazing person for women with fertility issues, and I’ve actually since then helped her to launch the cheapest, it’s the most affordable IVF package in the country.”

A Place In The Sun airs weekdays on Channel 4 at 3pm.