Since its debut in 2016, Insecure has garnered critical acclaim for telling the story of the Black female experience via its two leads, Issa (Issa Rae) and Molly (Yvonne Orji). After five seasons and 11 Emmy nominations, Insecure had its series finale in December of last year.

The Insecure finale, “Everything Gonna Be, Okay?!”, is the latest installment of It Starts on the Page, Deadline’s annual series that highlights the scripts that serve as the creative backbones of the buzzy shows that will define the TV awards season. The scripts in our series are all being submitted for Emmy Awards consideration this year and have been selected by Deadline using criteria that includes critical acclaim, selecting from a wide range of networks and platforms and a mix of established and lesser-known shows.

Along with co-creator Larry Wilmore, Rae created the comedy-drama loosely based on her web series Awkward Black Girl. The series follows Issa and Molly, two best friends since college, as they navigate careers and relationships in their late 20s. Season 5 begins at Stanford at their 10-year college reunion, where Issa and Molly resolve their tensions.

“Everything Gonna Be, Okay?!”, written by Rae and directed by Prentice Penny, begins with a tense breakup between Nathan (Kendrick Sampson) and Issa. Molly shows up the next morning to cheer up Issa, but Issa just wants to move past it. Two months later, Issa is at Molly’s apartment for her birthday party. 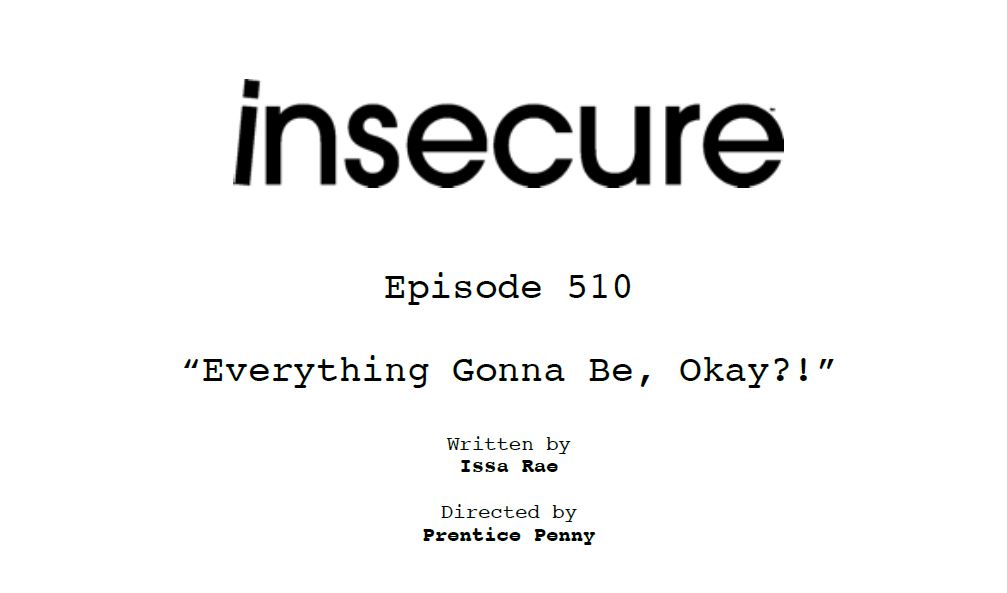 It Starts On The Page

It Starts On The Page: Read The Pilot Script For Amazon & Legendary’s ‘Night Sky’

It Starts On The Page: Read Dan Fogelman’s Series Finale Script For ‘This Is Us’

It Starts On The Page: Read Steve Martin & John Hoffman’s Pilot Script For ‘Only Murders In The Building’