Huw Edwards, 58, who regularly fronts the BBC News at Ten, has recently been absent from his regular show slot. The broadcaster explained he had been in hospital but should be returning to the BBC this week.

The BBC newsreader has since warned the public to “keep safe and follow the guidelines”.

In view of his 90,000 followers, Huw posted a photo of himself holding a beverage.

He captioned the post: “Big thanks to @KingsCollegeNHS for superb care #pneumonia I’ll be back at @BBCNews this week — keep safe everyone and follow the guidelines #StayHomeSaveLives.”

Huw was treated at Kings College Hospital in Camberwell, London, but is set to return to screens in the coming days. 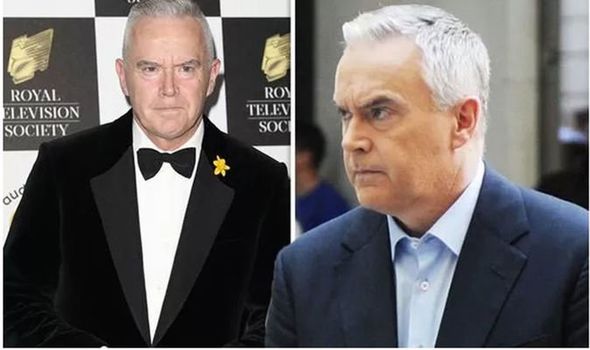 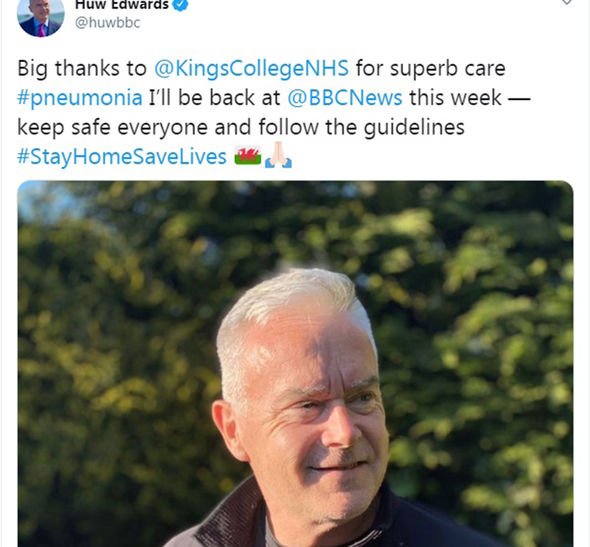 Many have already extended their well-wishes to the BBC newsreader including Sky News’ Alastair Bruce, who wrote: “Huw, really good news that you have conquered this vile pestilence and our thanks to those that fought with you. #NHSheroes.”

Other Twitter users have also taken to the micro-blogging site to offer well wishes to Huw.

Another person remarked: “Glad to hear you are back and fighting fit, Huw.” 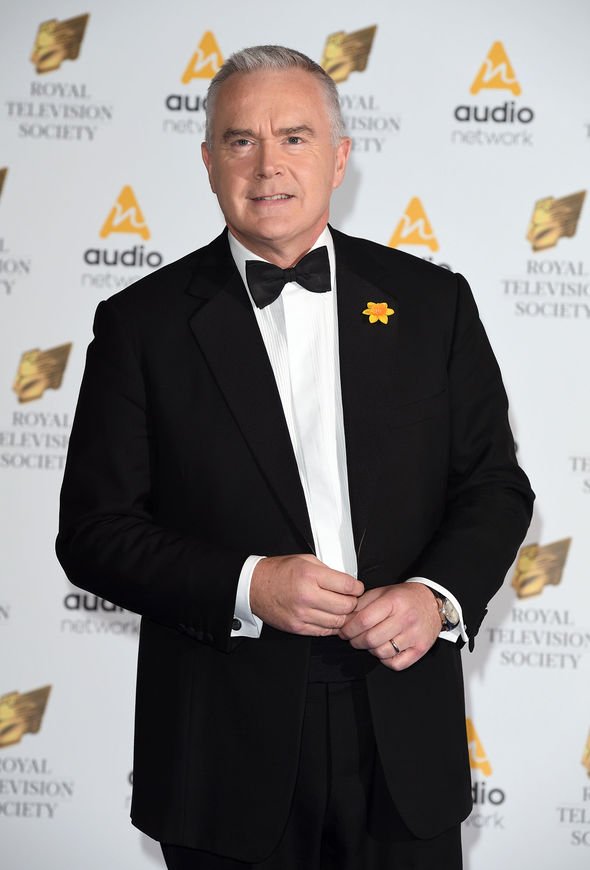 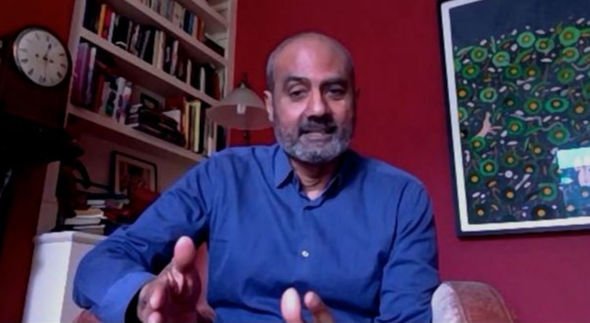 While a third person added: “It will be very reassuring to see you back on air. Bravo you – and bravo those who have cared for you.”

Pneumonia is an inflammation of the tissue in one or both lungs usually caused by a bacterial infection.

Symptoms include a cough, high temperature, difficulty breathing and a rapid heartbeat, according to the NHS.

The guideline recommends that patients should be advised to regularly clean equipment such as face masks and mouthpieces and that they should not share their inhalers and devices with anyone else.

For those with pneumonia, people should seek medical help without delay if their symptoms don’t improve or worsen rapidly, whether they have been given an antibiotic or not.

He previously explained he would no longer be appearing in the studio amid the coronavirus pandemic.

It comes as the TV veteran is being treated for bowel cancer, but he also revealed he had a mild case of coronavirus earlier this month.

The News at Six on BBC One presenter was first diagnosed with bowel cancer in 2014 but revealed in 2017 that the disease had returned.

He recently explained that he underwent tests after suffering from a fever and his oncologist confirmed he had tested positive for COVID-19.

George said he is now feeling “not back to normal, but certainly I feel well”.