After 14 years with THR, Belloni clashed with the CEOs over editorial matters 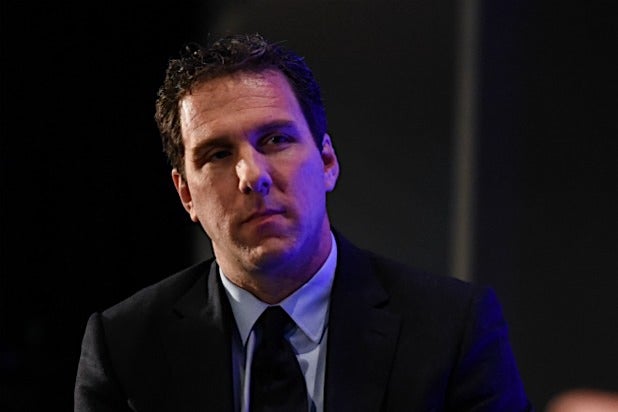 Hollywood Reporter Editorial Director Matt Belloni is stepping down after 14 years at the publication, the company announced on Monday. Insiders told TheWrap that Belloni had recently clashed with the company’s leadership over editorial issues.

“We respect and like Matt a great deal,” said Modi Wiczyk and Asif Satchu, co-CEOs of Valence Media, THR’s parent company. “It has been enjoyable to work together, and we greatly admire his commitment to impactful journalism. He has pushed the team to hold itself to a high standard, and we are proud of the work he and the entire editorial group have done these past years.”

“My 14 years at THR have been the greatest of my professional life,” Belloni wrote in an email to staff on Monday. “It’s been a privilege to lead this group of amazing journalists — a nonstop, 24/7, nerve-wracking, gray hair-inducing, often absurd and hilarious privilege — and most of all challenging and rewarding.”

There was an all-hands meeting two weeks ago with upwards of 600 people in the company — Billboard, Nielsen, The Hollywood Reporter — in which Satchu and Wiczyk reassured the staff that they were in the business for the long haul; there was no mention of layoffs or cutbacks of any kind despite the economic pressure with the spread of the coronavirus pandemic, a senior insider who was at the meeting told TheWrap.

Belloni, a former entertainment attorney, joined The Hollywood Reporter in 2006 and was promoted to editorial director in February 2017, replacing Janice Min and overseeing the publication’s online, video, print and television operations, along with a live-event business.

According to an individual with knowledge of the situation, Satchu and Wiczyk have pushed the editorial staffs at its publications to not run stories, to spike unfavorable stories about friends and to overpromote Valence-owned businesss like Dick Clark Productions. Belloni opposed these moves, according to this individual.

According to the individual, Satchu and Wiczyk have directed Billboard and The Hollywood Reporter to not write any story that negatively impacts their business interests in any way — a position that Belloni and editor at large Kim Masters actively opposed.

In a major media shake-up in 2015, Guggenheim Partners, along with multiple other investors, spun off The Hollywood Reporter, Billboard Magazine, Adweek, Dick Clark Productions and Mediabistro to Guggenheim president Todd Boehly, who is now chairman and owns a controlling interest in all of those properties.

The properties were split into three companies — THRB featuring The Hollywood Reporter and Billboard; Mediabistro featuring Adweek, the Clio Awards and an array of niche sites, like TVNewser; and Dick Clark Productions as its own company.

The Hollywood Reporter, the crown jewel of the spun-off publications, lost $6 million in 2013, which isn’t a small amount considering that revenues totaled $15 million, TheWrap reported in 2015. Executives with knowledge of the company’s finances said the overall losses have mounted as high as $30 million annually.

According to two individuals familiar with the company, Boehly’s mission was to shrink the company’s annual losses down to $20 million.

In January 2019, Billboard and THR laid off 22 people as Valence Media underwent a restructuring of its business operations. An individual familiar with the situation told TheWrap that the cuts were about retooling the business strategy and not economic decisions.