Erika Jayne isn’t here for commentary about her latest ensemble. The Real Housewives of Beverly Hills star traded her usual glammed up look for a dressed down ensemble while pumping gas in Los Angeles on Monday — leading some fans to criticize her casual outfit amid her legal woes.

Jayne, who wore a green Billionaire Boys Club T-shirt, black leggings and white sneakers for the outing, took to social media to clap back at her haters, and retweet those jumping to her defense.

“Y’all don’t know sh*t about erika cause this has always been her when she’s just hanging with her friends. but go off i guess,” one fan tweeted, to which Jayne replied “Exactly.”

The “Xxpen$ive” singer also responded with a “seriously though” to another follower who shared a gif of the reality star saying “It ain’t glamorous, man.” 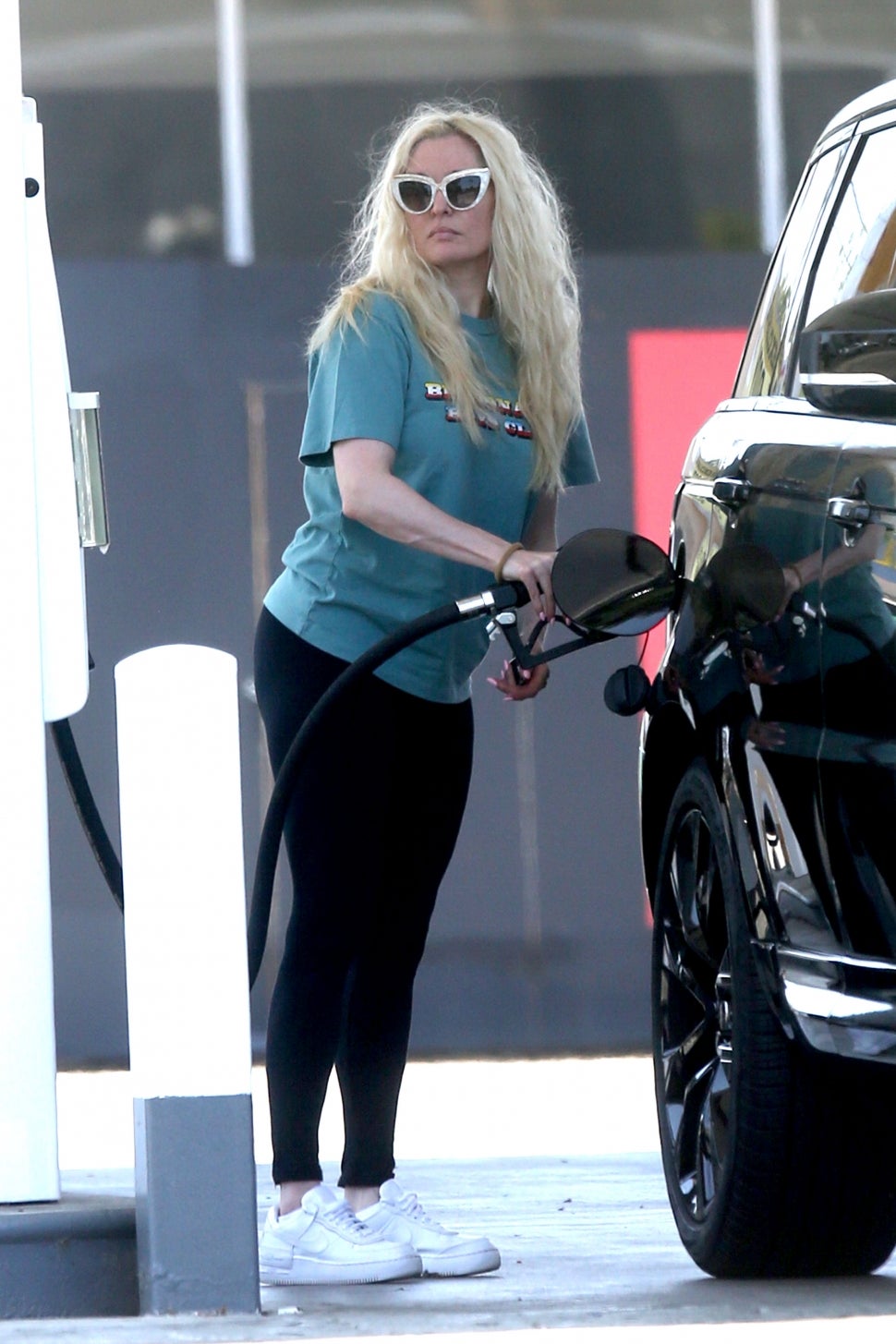 Jayne’s clap backs come amid her and estranged husband Tom Girardi’s legal troubles. A lawsuit was filed against the pair in December on behalf of several families who lost loved ones in the Lion Air Flight 610 crash, which occurred in October 2018.

Girardi allegedly embezzled settlement money that was supposed to go to the family members of the victims. Girardi and Jayne are accused of using that money to fund their own lavish lifestyles and allegedly pay off loans to keep Girardi’s law firm afloat.

Jayne announced her split from Girardi in November, a month before he was forced into involuntary bankruptcy. And on Tuesday, a motion filed by the bankruptcy trustee investigating Girardi’s assets claimed that Jayne’s businesses have been given over $20 million in loans from Girardi’s law firm over the span of multiple years.

See more in the video below.