After three weeks of testimony, the jury returned a verdict in the former Minneapolis police officer’s trial for the death of George Floyd 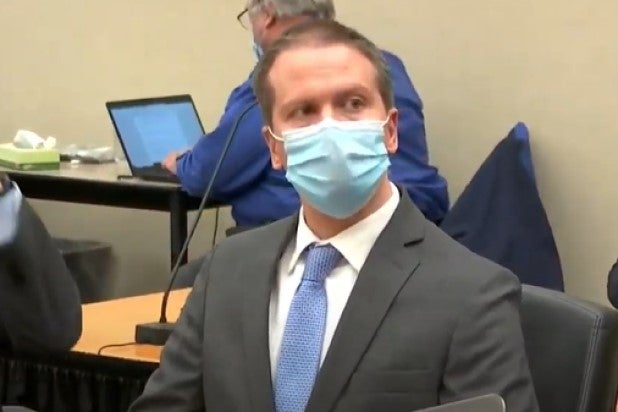 Former Minneapolis police officer Derek Chauvin was found guilty on all three counts of murder and manslaughter on Tuesday for his role in the killing of George Floyd.

The jury of seven women and five women returned their verdicts just after 5 p.m. ET. Chauvin, who faced charges of second-degree murder, third-degree murder and second-degree manslaughter, was remanded into custody following the announcement. His sentencing is expected to take place in eight weeks.

“Painfully earned justice has arrived for George Floyd’s family and the community here in Minneapolis, but today’s verdict goes far beyond this city and has significant implications for the country and even the world,” Floyd’s family and their attorney said in a joint statement. “Justice for Black America is justice for all of America. This case is a turning point in American history for accountability of law enforcement and sends a clear message we hope is heard clearly in every city and every state. … But it does not end here. We have not forgotten that the other three officers who played their own roles in the death of George Floyd must still be held accountable for their actions, as well.”

Chauvin was seen on a viral video pinning Floyd, a Black man, to the ground with his knee for more than nine minutes on May 25, 2020. The video of Floyd’s encounter with Chauvin and three other officers was shared far and wide last summer. His death sparked nationwide protests, leading to mass demonstrations against police brutality and systemic racism, as well as increased support for the Black Lives Matter movement.

Chauvin pleaded not guilty on all counts, the most serious of which held a likely penalty of 12.5 years in prison under sentencing guidelines for first-time offenders.

The trial lasted for three weeks and the jury heard wide-ranging testimony from a total of 45 witnesses. So, too, did the general public. The trial streamed live online via numerous platforms and segments of it were routinely carried live on television, which led to a significant amount of social media response.

During closing arguments, prosecutors implored the jury to use their “common sense” and “believe your eyes” when watching video of Chauvin choking Floyd with his knee. The defense argued that Chauvin acted as any “reasonable police officer” would in the situation.