Former Countdown legend Carol Vorderman, 59, joined in on the online trend of sharing a throwback snap of yourself at the age of 20. The BBC Radio Wales host cheekily mocked herself as she claimed to have a “very bad perm”.

The small-screen star also joked she channelled EastEnders’ Deirdre Barlow in her 1981 graduation photo, as well as Jon Bon Jovi and Cher.

Fans inundated the mathematician with comments, as her BBC Radio Wales co-star Owain Wyn Evans wrote: “Once this lockdown is over I am going straight to Argos to purchase Babyliss hair crimpers for us both.” 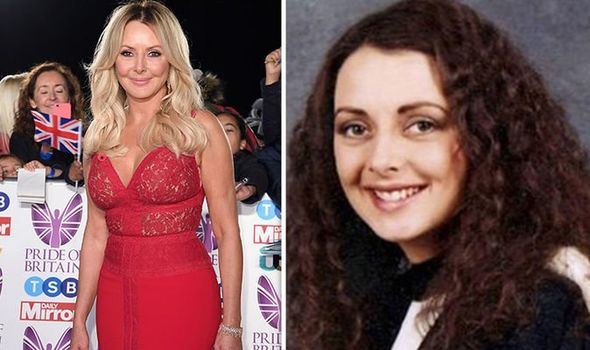 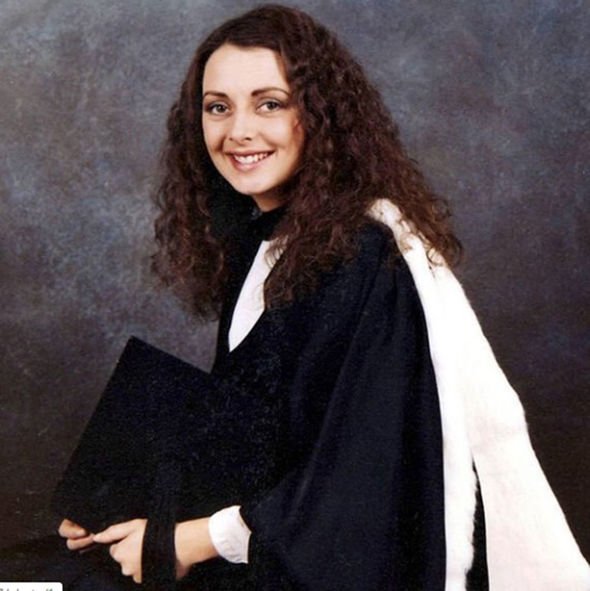 Carol replied: “I already have some,” followed by laughing face emojis.

Another Twitter user commented: “Actually I’m liking the perm. It’s not that bad. Mine made me look like a standard poodle.”

While a third person quizzed: “We all had perms in the 80s Carol … why?”

Another wrote: “Like a good wine Carol. Getting better and better with age.” 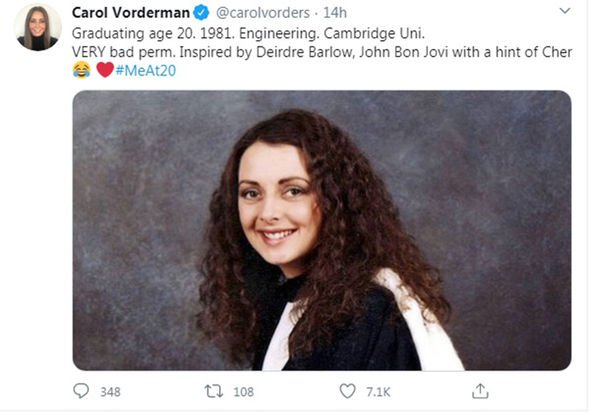 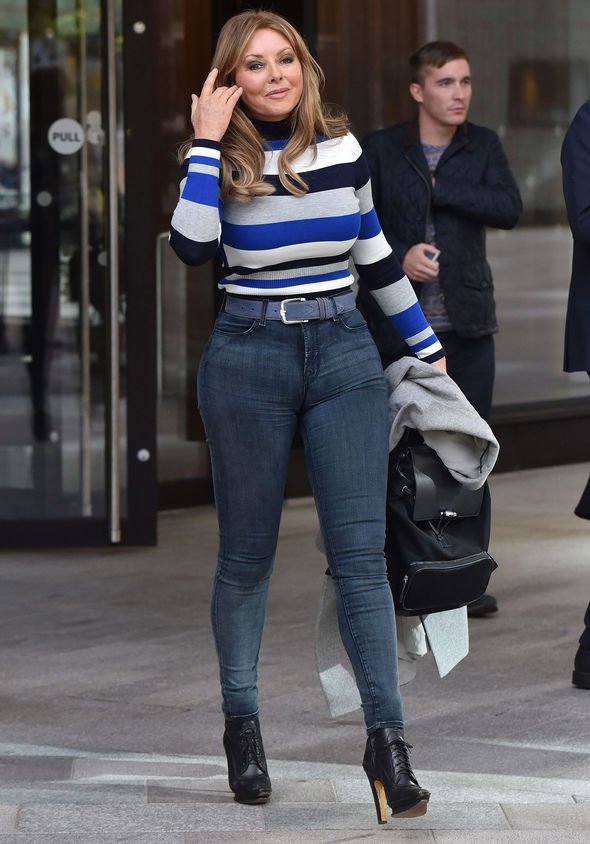 A host of other famous faces also took part in the challenge including Good Morning Britain’s Piers Morgan, Laurence Fox and Busy Phillips.

Elsewhere, Carol will be featured in a new television series on S4C which follows five celebrities who have decided to learn Welsh.

One celebrity and their Welsh-speaking mentor, who is also a familiar face, travel to different parts of Wales in order to learn more of the language – and there will be several challenges on the way.

In the series, Carol will go on tour with weather presenter Owain and the two visit the area of north Wales where she grew up.

Speaking to Wales Online, the Countdown legend revealed her plans to move back to Wales for the summer as she talked about the new series.

“I’ve got a little house in Pembrokeshire on the cliffs and I’m moving to Cardiff in the late summer,” Carol explained.

“I genuinely feel I have a responsibility to come home and do what I can to show my Welshness now. Speaking our language is part of that.”

Meanwhile, Carol recently took part in Celebrity Bake Off in aid of Stand Up To Cancer.

Fellow competitor Kelly Brook joked on her Heart Radio show that Carol had sabotaged her best cake-making efforts as the pair got drunk on champagne.

“It’s Carol Vorderman’s fault,” she laughed, “She, like, completely sabotaged me.”

Kelly revealed that the pair were drinking champagne but added she believed Carol may have been “pretending”.