Arnold Schwarzenegger made a rare appearance with his daughter Christina when they stepped out for a mid-week dinner at celeb hotspot Nobu Malibu.

Arnold Schwarzenegger appeared to be in high spirits when he was spotted in Los Angeles with his second eldest daughter, Christina Schwarzenegger on September 1. The pair stepped out for a mid-week dinner at Nobu Malibu, marking a rare appearance for the father-daughter duo. The 74-year-old actor rocked an army green coat and a sage green tee, which he paired with black shorts and black sneakers. The former governor also opted for a pair of sunglasses and a face mask, as he kept a low profile alongside his 30-year-old daughter. 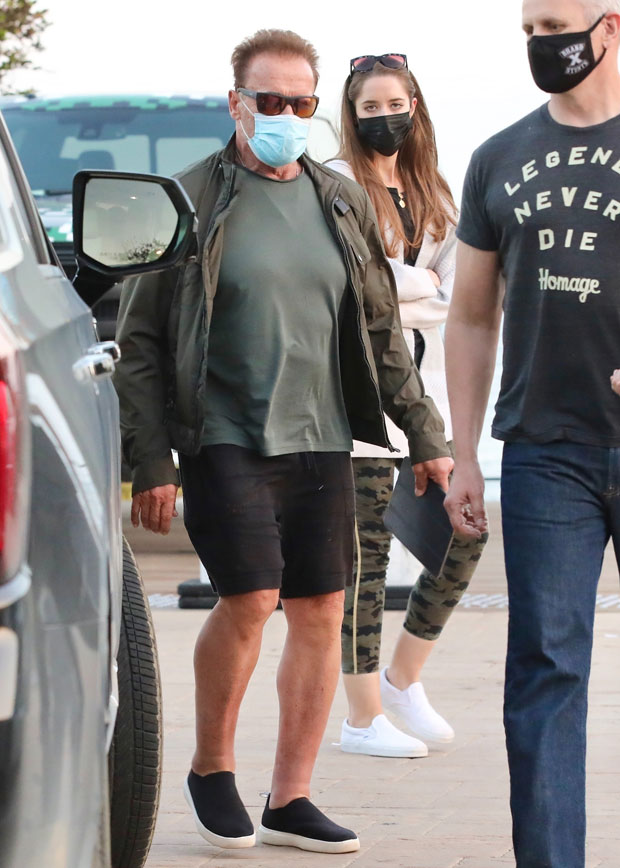 The producer cut a chic figure in a grey knit coat, a black tank top and camouflage-printed leggings with white shoes. The Georgetown University alum also carried a brown leather purse as she styled her raven tresses in loose waves, and donned a black protective face mask. Arnold is also a dad to four other children: Joseph Baena, 23, with former housekeeper Mildred Baena, 60, and sons Patrick, 27, and Christopher, 23, and daughter Katherine Schwarzenegger, 31, with ex-wife Maria Shriver, 65.

Christina is infamously more private than her other siblings, however she did have a brief moment in the spotlight in 2018 when she teamed up with her mom Maris to produce the Netflix documentary, Take Your Pills. It explored the use of Adderall in American society, and it was a subject that’s close to Christina’s heart as she took the drug in high school. 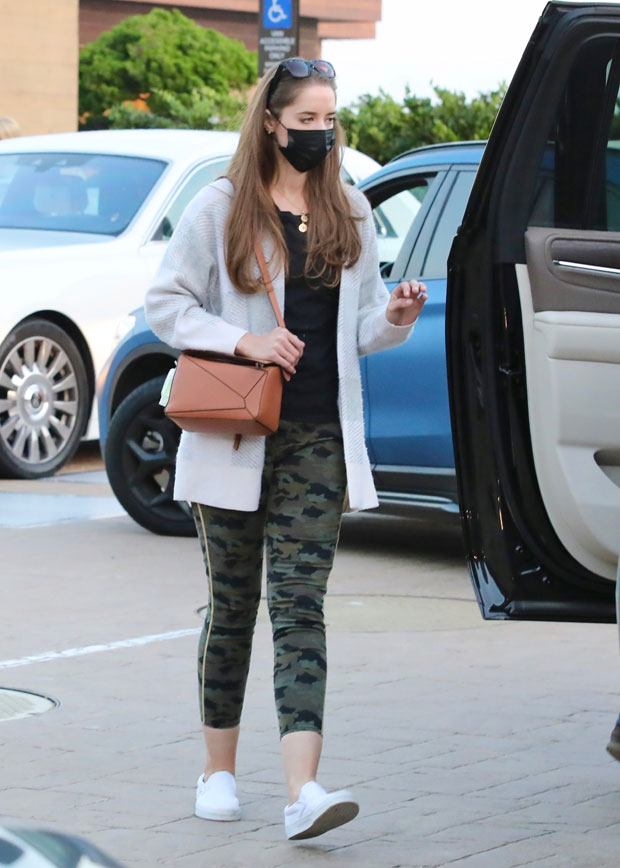 “I was diagnosed, I think, when I was around five with ADD, as a majority of kids probably are,” she told Fox News in 2018. “And then I started taking it in high school, ninth grade, for about a few months, and then I stopped taking it. Just because I didn’t like the side effects … I learned a lot of things about myself, especially from when I was younger. [But] it wasn’t about discovering how I learned, but more so how my brain functioned.”

She is also close with her dad, who told Men’s Health in 2018, “Fatherhood is really the greatest joy.” He added, “Watching all five of my kids grow into their own successful lives is fantastic,” Arnold said in that 2018 interview. “Spending time with them, working out together, answering their questions makes me so happy.”