If you want a tablet, whether it’s for casual use or productivity, your best choice is still the iPad. 10 years after its introduction, Apple’s tablet is still the gold standard; its only competition is Amazon’s Fire Tablet line. Originally there was only one type of iPad, but Apple has expanded the line to include iPad models that are suited for particular types of tasks.

There are many reasons iPads remain dominant: They run iOS, the same operating system Apple designed for the iPad, they’re made out of premium materials (aluminum and glass), and their hardware is built to last several years.

If you’ve been considering an iPad, whether it’s for recreational use, or to replace your current computer, this guide breaks down the three models you should consider. There’s no wrong choice, but we’ll help you pick the one that suits your needs best.

Screen Size: The biggest difference between iPad models is the size of their screen, which ranges from 10.2-inches to 12.9-inches. All of them have the same pixel density (264 pixels per inch), so text, images, and videos will look sharp regardless of which one you choose. Bigger screens are better if you plan on watching a lot of media, or running productivity apps like audio or video editors. Smaller screens are better if you want a more portable tablet for web browsing or reading.

Storage: If you plan on downloading a lot of media or apps, you’ll want to get a tablet with a lot of storage. Some tablets let you upgrade their storage down the line, but that’s not always the case. All of the tablets we’re recommending have at least 16GB (gigabytes) of storage, which is enough to hold thousands of songs, dozens of apps, and at least 10 hours of full HD video.

Battery Life: Apple says every model of iPad gets 10 hours of battery life per charge, but the amount you actually get will vary based on the apps you use, your screen brightness, and your Wi-Fi and Bluetooth settings.

Cellular: Every iPad in our guide can connect to the internet using Wi-Fi, and to accessories like wireless headphones over Bluetooth, but you also have the option to pop in a SIM card and connect to a cellular network. If you choose this option, you’ll be able to use the internet from anywhere you get cellular service, just like your smartphone. This feature requires you to have an active data plan for your iPad, which will cost about $30 a month. 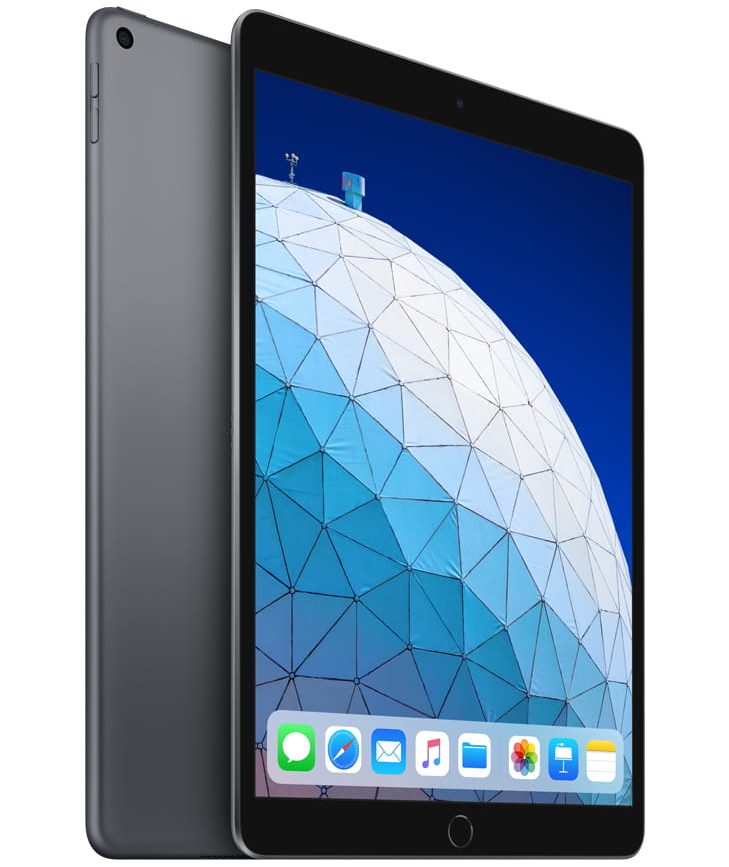 Apple’s iPad Air (3rd Generation) includes many of the best features of the iPad Pro in a more portable package.

The tablet has a 10.5-inch high-resolution “retina” display with a resolution of 2224 X 1668; images, text, and videos will look incredibly sharp on this screen. The iPad Air (3rg Generation) also supports an Apple technology called True Tone, which automatically adjusts its color temperature based on the lighting conditions in your room. The display is laminated, which reduces glare, and can show the entire P3 wide color gamut, so colors in photos and videos will look a lot more realistic.

This tablet comes in two storage sizes: 64GB and 256GB. The smaller size is enough for dozens of apps, a healthy photo and video library, and some games, while the larger one is better if you have a large media library, or plan on downloading lots of videos from streaming services like Netflix and Prime video. You cannot upgrade an iPad’s storage, so make sure you get enough. Like all iPads, the Air (3rd Generation) gets 10 hours of battery per charge. It has a Lightning port, and supports fast charging if you have a Lightning to USB-C cable, and the right power adapter.

On the technology side, the iPad Air (3rd Generation) fares very well. It has Apple’s A12 processor, which is fast enough for modern games and productivity apps, Touch ID, which lets you unlock the tablet using your finger print, and support for both the Apple Pencil (1st generation) and Smart Keyboard. Those two accessories can turn your iPad into a drawing tablet and compact laptop respectively.

The only place the iPad Air (3rd Generation) falls short is its camera system. It has an 8MP (megapixel) camera on the back, which can shoot 1080P video at 30fps (frames per second). Its front-facing camera is 7MP, and can also shoot videos at 1080P. These specs are passable, but there’s definite room for improvement.

If you want a mid-sized tablet that can handle productivity software and gaming in addition to web browsing, posting on social media, and shopping, Apple’s iPad Air (3rd Generation) is the right choice. 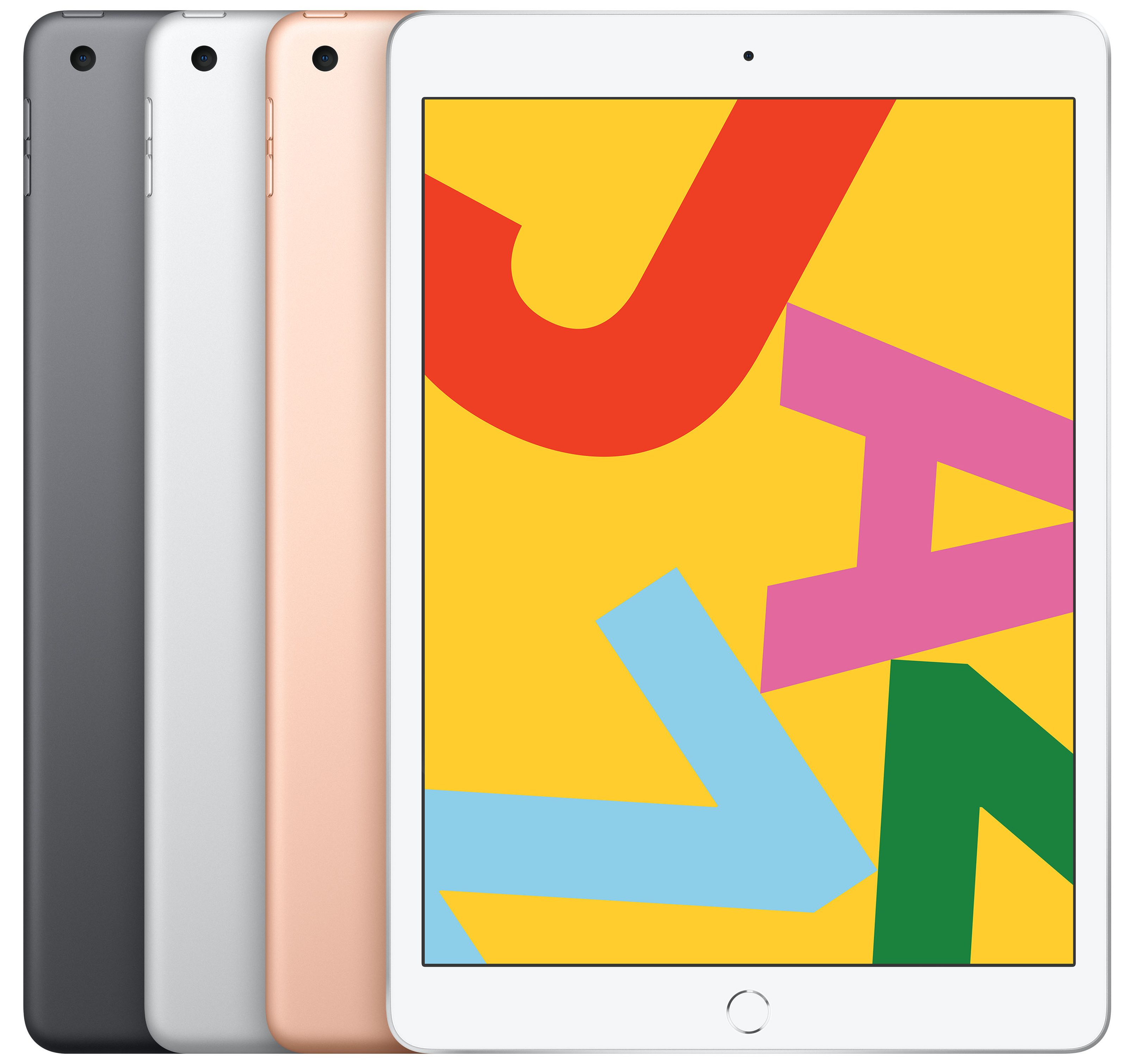 The iPad (7th Generation) may not have a lot of bells & whistles, but it nails the essential features you’ll rely on every day for casual use.

The tablet has a 10.2-inch high resolution “retina” display with a resolution of 2160 x 1620, which gives it the same pixel density (amount of pixels per inch) as the iPad Air (3rd Generation) and iPad Pro (4th Generation). In other words, this screen is very sharp. But, it doesn’t support the P3 color gamut, so colors won’t look as vivid, and the display isn’t laminated, so it’ll reflect more light.

This iPad is available in two storage sizes: 32GB and 128GB. You should get the smaller size if you’re content with only using a handful of apps, don’t have a big photo or video library, and plan to use the tablet for casual tasks like web browsing. The 128GB version is the way to go if you’d like more apps, want to store your media locally, and use the tablet with productivity tools. Like the iPad Air (3rd Generation), the iPad (7th Generation) has a Lightning connector, and supports the Apple Pencil (1st Generation) and Smart Keyboard.

On the tech spec side the iPad (7th Generation) is good enough for all but the most intense apps. It has Apple’s A10 processor, which doesn’t feature the neural engine, a Touch ID fingerprint reader, and the same rear-facing camera as the iPad Air (3rd Generation). Its front-facing camera is a 1.2MP, and can record video in 720P.

If you need a tablet for common tasks like web browsing and reading, and the occasional resource intensive app, the iPad (7th Generation) is your best choice. 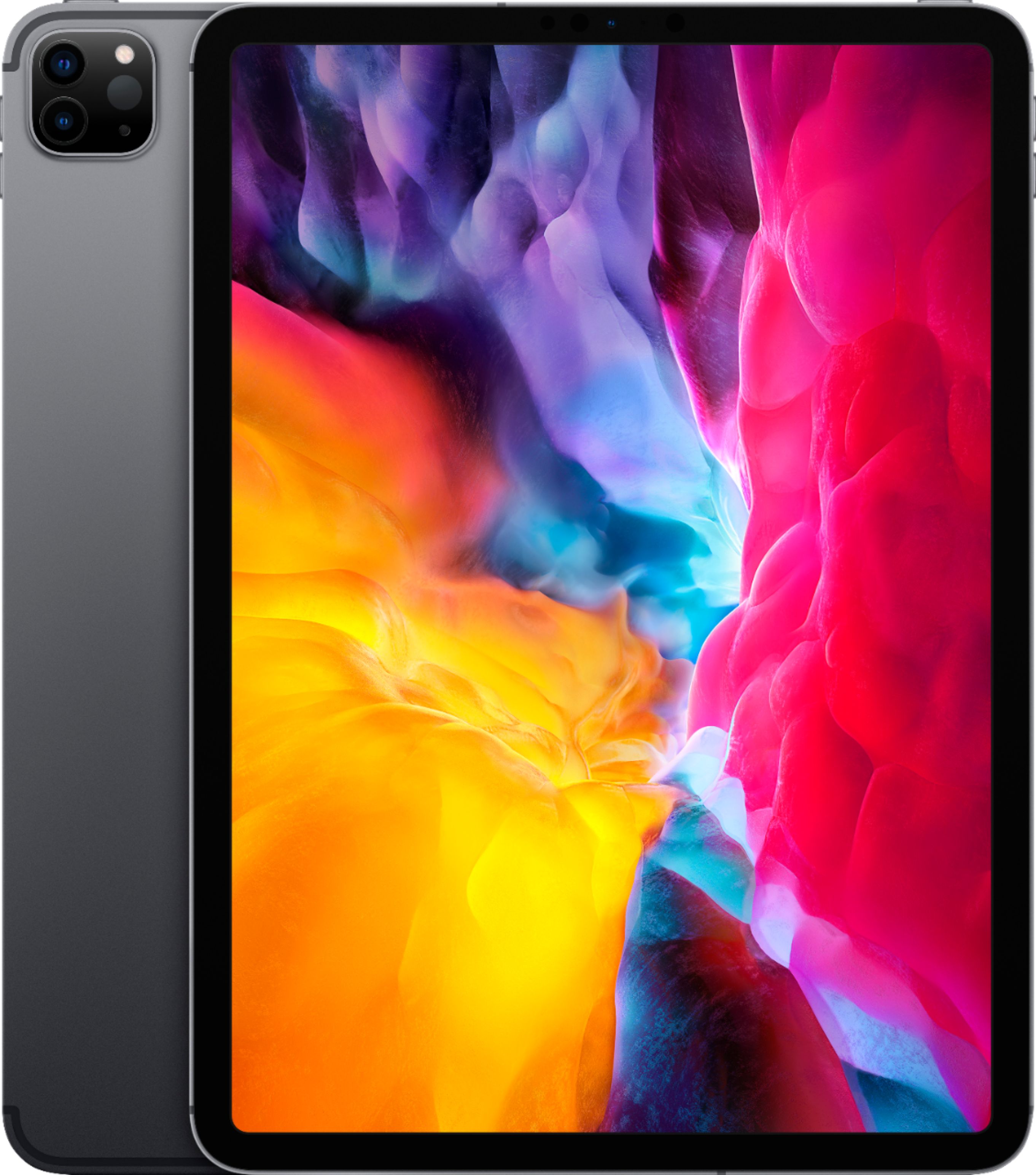 The iPad Pro (4th Generation) is a high-powered tablet with features on par (or better) than the ones available in Apple’s MacBook laptops.

The iPad Pro is powered by Apple’s latest chip, the A12Z, which offers laptop levels of performance, and comes bundled with Apple’s neural engine. It’s available in four storage sizes: 128GB, 256GB, 512GB, and 1TB (terabyte), so you’ll have ample space for pictures, videos, apps, and games. Its screen gets 20% brighter than any other iPad, which makes it easier to see in daylight, and supports a feature called ProMotion, which allows it to dynamically change its frame rate (the amount of times it changes what’s on screen each second) to make scrolling super smooth. The iPad Pro supports FaceID, a feature that allows you to unlock the tablet just by looking at its front-facing camera.

One of the iPad Pro’s most impressive specs is its camera system. It has two back-facing cameras: a 12MP wide angle lens and a 10MP ultra wide angle lens. Both are capable of capturing 4K video at up to 60fps. Its 7MP front-facing camera can record video at 1080P, and supports Portrait Mode, a feature that uses depth sensing to blur the background of your pictures while keeping the subject clear.

The camera system also has a LIDAR (light detection and ranging) sensor, which allows the cameras to approximate depth more accurately. Equally impressive is the iPad Pro’s four-speaker audio system, which supports stereo sound, and was designed to prevent distortion at high volumes. I’ve been an iPad Pro user for the past year and a half, and rarely find myself pairing it to a Bluetooth speaker because the internal ones are so good.

You can use the iPad Pro with the Apple Pencil (2nd Generation), and both the Magic Keyboard (11-Inch or 12.9-Inch version) and Magic Keyboard (11-Inch or 12.9-Inch version). The later has a built-in trac kpad, which further bridges the gap between the iPad and Mac. The iPad Pro has a USB-C port, and supports fast charging if you have the right power adapter.

If you want a tablet that can handle resource intensive tasks like video and image editing, or want to replace your traditional computer, the iPad Pro is the best choice.