I’ve always been 5ft 8in. One inch below average. And generally, I was OK with that.

What I lacked in stature, I made up for in confidence. 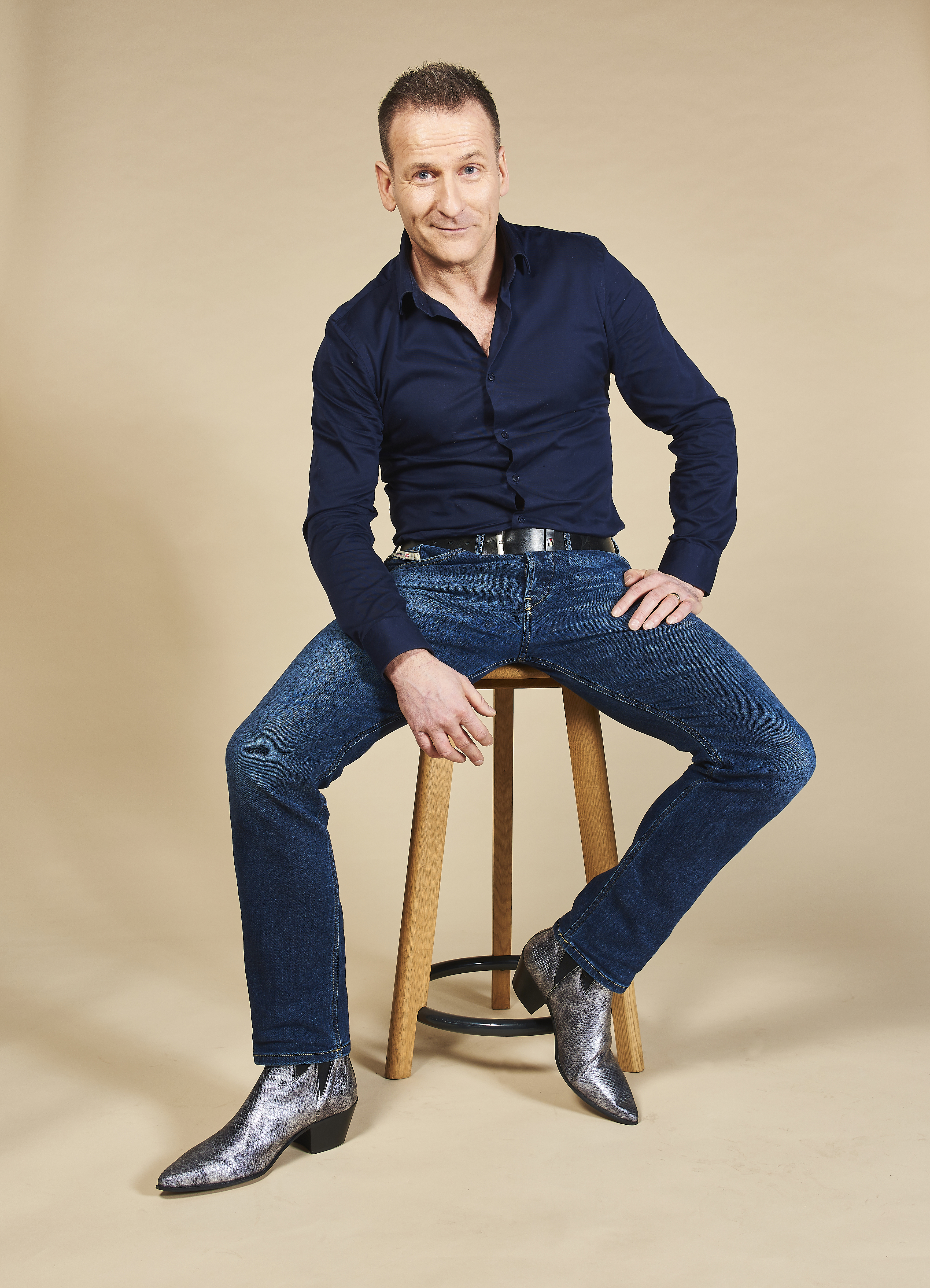 But when a recent body scan revealed I am, in fact, 5ft 7in, my world fell apart. I wept, though the tears didn’t have far to fall.

You see, 5ft 7in is Tom Cruise, Moby and Kim Jong-un territory. These men are all famed short-arses (among other things, of course).

I’m not alone in feeling cut short. One UCLA study found that only 25% of men my size are satisfied with their height.

I turned to fashion for some quick-fix solutions and, thanks to trendsetters such as Harry Styles (6ft) and the 1975’s Matt Healy (5ft 11in), heels for men are hot right now. 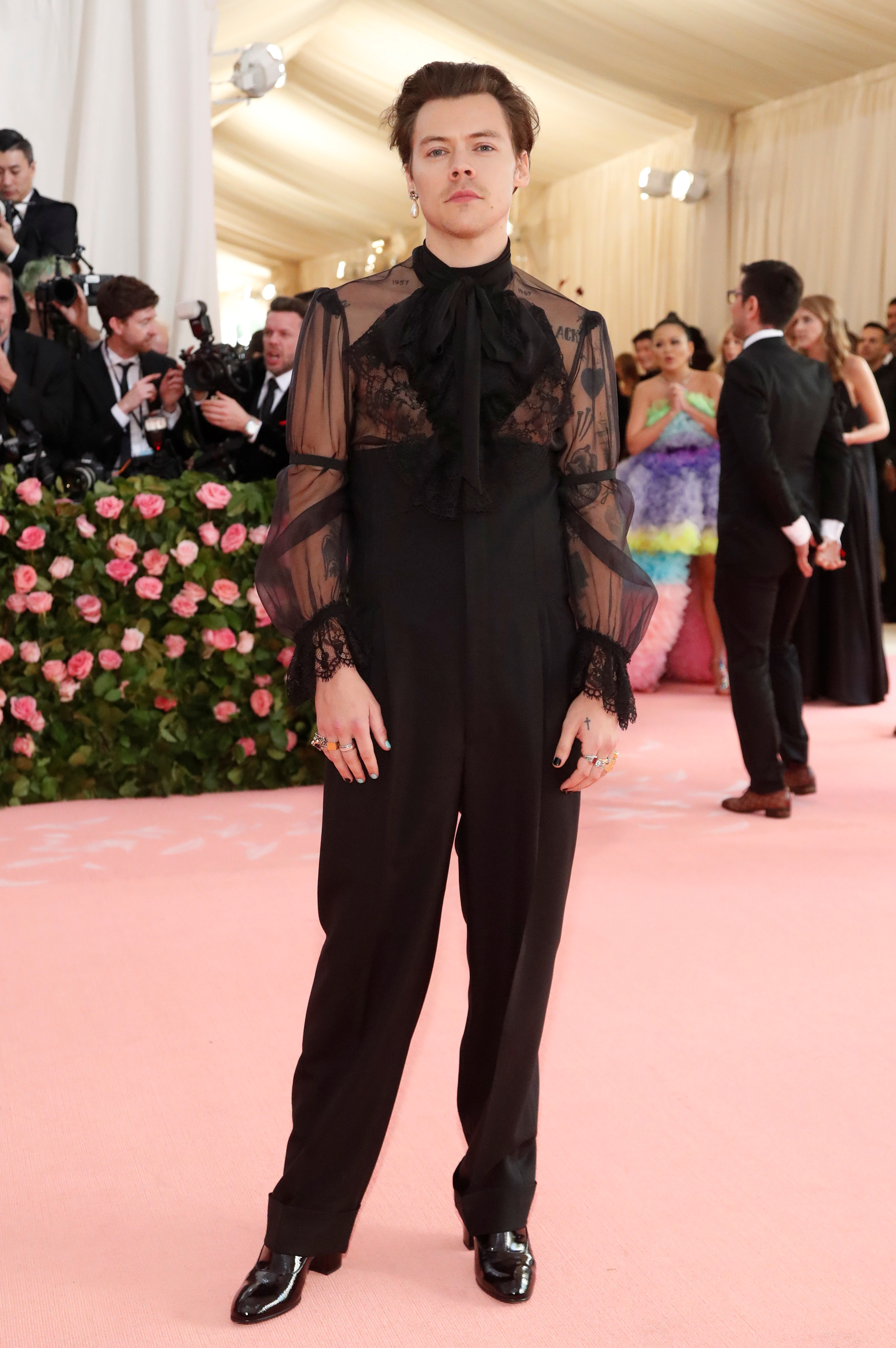 Calvin Klein, Balenciaga and Jimmy Choo have all introduced elevated Cuban-heeled boots into their collections.

It doesn’t help that I’m married to a woman who loves heels. At 5ft 7in, when Stephanie puts on a pair, she towers over me. Hand in hand we look like a ringmaster leading a stooped chimp around the circus tent.

Eager to reclaim my missing inch, I bought some affordable men’s “elevated shoes” online to restore my self-esteem.

'I GOT A REAL POWER TRIP'

I picked out two pairs of 2in Cuban-heeled boots from ASOS – one plain black and the other silver snakeskin, for special occasions.

For everyday wear, I picked a pair of black glitter high-top boots with a 3in sole. And in case of funerals or job interviews, I ordered a pair of plain black Dr Martens lace-ups with a 2in sole.

Pulling on the black boots, the first thing that struck me was how narrow they were. Then when I stood up, those two inches were surprisingly noticeable and I forgot about any discomfort. Instead, I got a real power trip from it.

The glitter high-tops were perfect for a trip to the supermarket in nearby Cobham, populated by several stylish Premiership footballers. 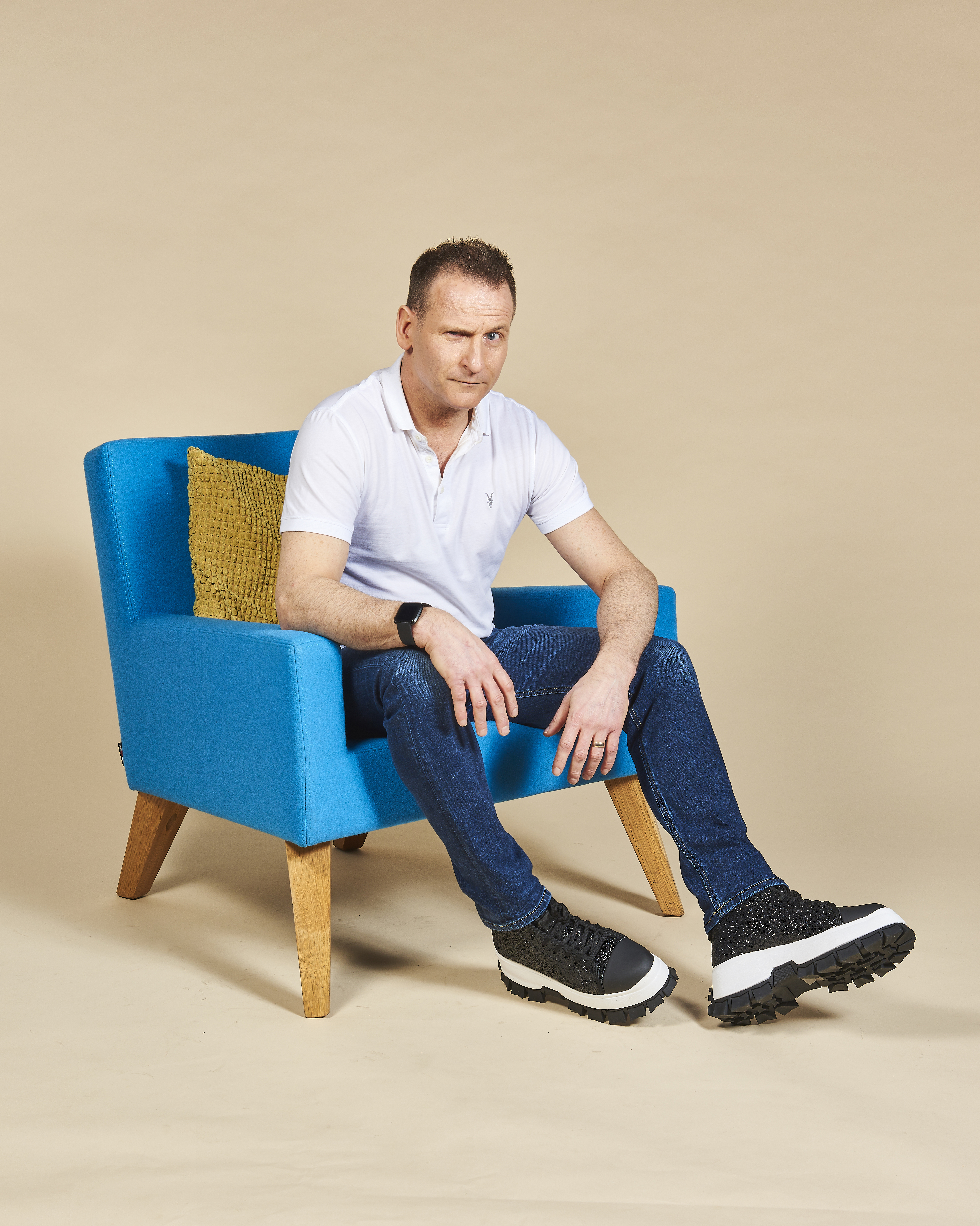 They were the highest of my heels and, after pulling them on, I had to steady myself. Was it vertigo? Or was the atmosphere thinner at a higher altitude?

On the plus side, the top shelf in the shopping aisles, previously out of bounds, was now accessible. For most of my life I’d missed out on microwaveable wild rice and chipotle tapenade. Not any more.

That evening, my wife returned home perplexed by the pickled walnuts and other new foodstuffs I’d bought.

The following day I took my kids to London to visit an exhibition of artefacts from the tomb of Tutankhamun. 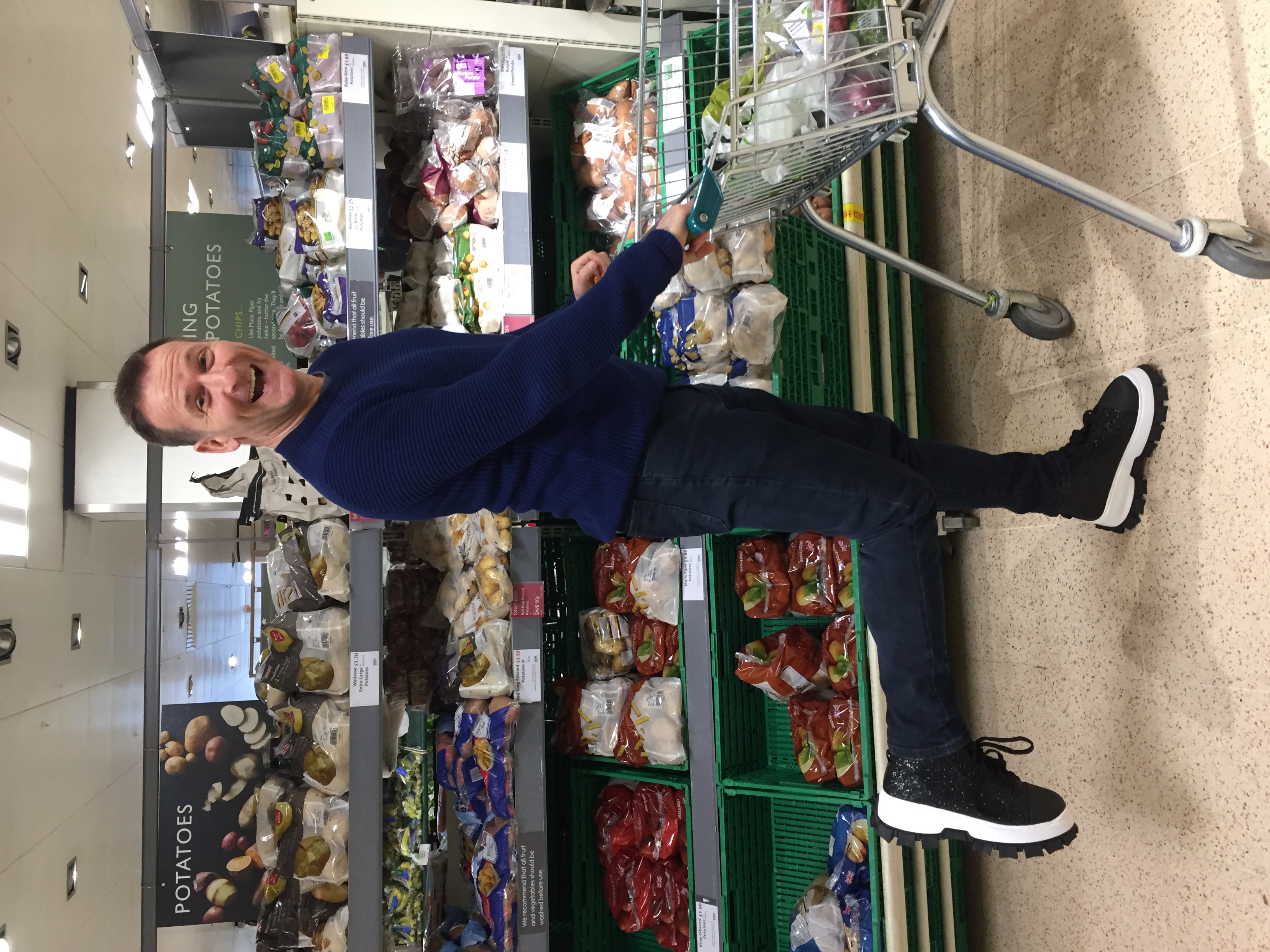 Normally I’d wear trainers with memory-foam insoles, but knowing how King Tut liked a bit of bling, I pulled on the silver boots and gained an instant two inches.

The kids refused to sit next to me on the train, but I, erm, rose above their jibes.

Admittedly, the boots were not the most sensible choice. With blistered feet and my calves screaming in protest, I clip-clopped home, mission accomplished.

And, having got used to seeing her dad in footwear her friends would wear, my 17-year-old daughter was complimentary. 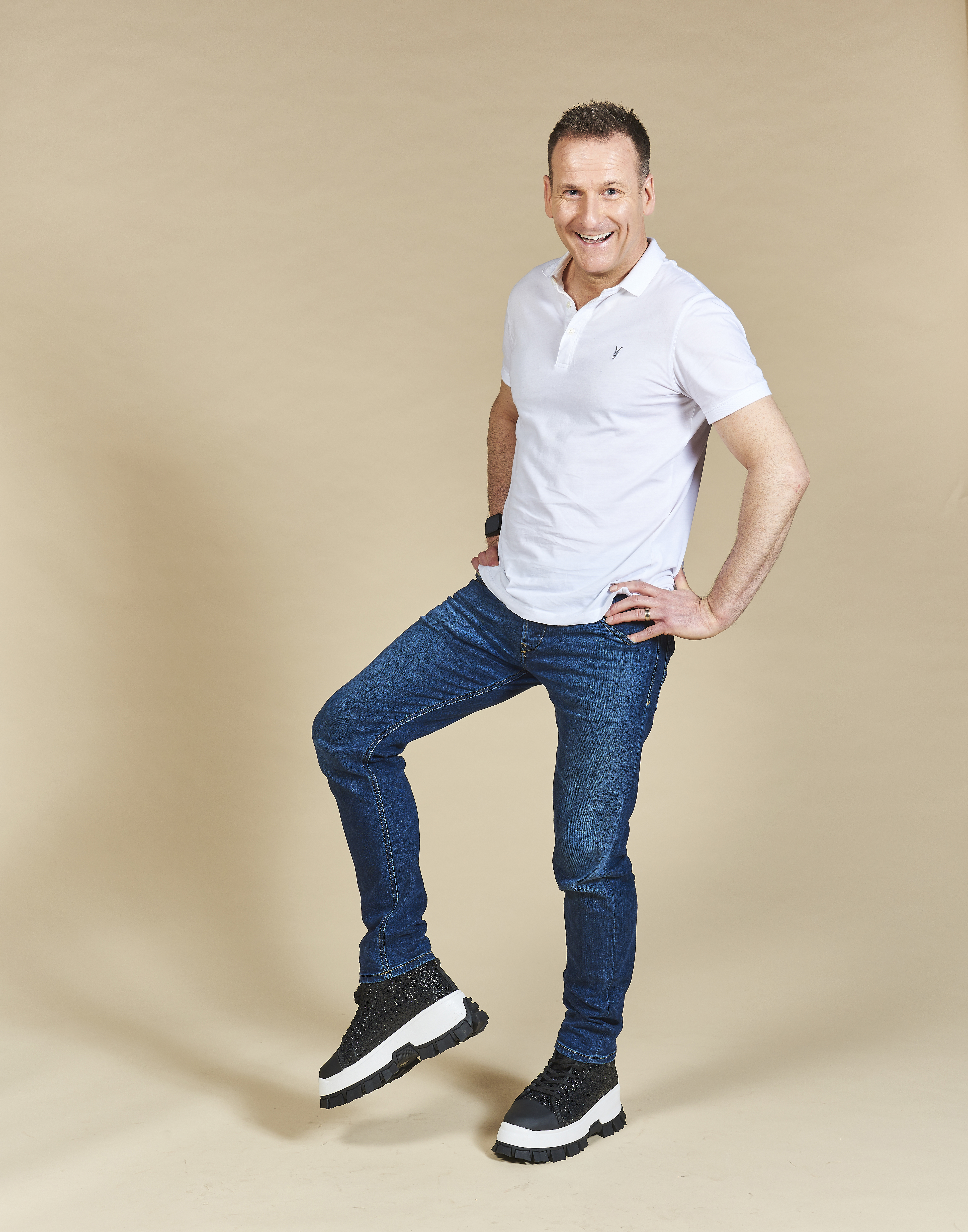 I was starting to wonder why us men have hang-ups about heels. In fact, as TV stylist Mark Heyes, says: “Heels were worn in the 17th century as an indication of power and wealth.

“The Gucci heels we’ve seen on the catwalk inspire an in-your-face style worn with big blouses and bold patterns, as seen on Harry Styles,” he adds.

“If you are going to go for it, you need to be committed to the cause.”

Taking Mark’s advice, the same week, I took the Dr Martens for a walk. I was becoming a heel junkie – I totally get why women love wearing them. I was seeing the world from a new, powerful perspective.

I found myself Googling “built-up shoes” and found Jago JEL Secret Shoes. This website offers shoes with a height boost of 2.5in, but the clever design includes a secret built-in heel. I ordered some Chelsea boots from them immediately.

A few nights later, I wore them for a meal out and, for the first time, I stood a couple of inches taller than my wife.

Heels may not be every bloke’s fashion choice, but when it comes to gaining that extra inch or two, I’m all for a stacked shoe.