AS she approached her due date, mum Kayleigh Summers knew her baby boy was going to be on the larger side.

But whenever she broached the subject with her doctor, she was always told that her son was perfectly average. 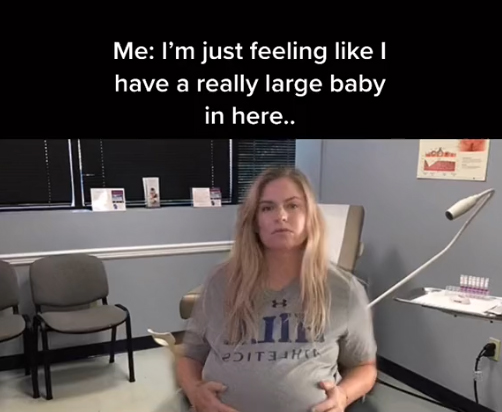 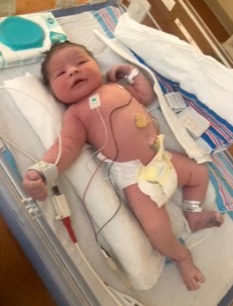 In a viral TikTok video, the mum explained how her son Callahan actually ended up being a whopping 10lbs 4oz when he was born in 2019.

And the mum was proved right when nurses weighed him and found he was almost 2lbs heavier than the average baby boy in the US.

Re-enacting one of her doctors appointments, Kayleigh said: "I'm just feeling like I have a really big baby in here."

Impersonating her doctor, the mum added: "Nope you're right on track.

"You have an average sized baby."

Sharing photos of her "toddler-sized" baby with her 183,000 followers, the mum wrote: "His weight was a surprise to everyone but me."

On her TikTok account The Birth Trauma Mama, Kayleigh has bravely shared her experience of surviving an Amniotic Fluid Embolism.

His weight was a surprise to everyone but me!

This extremely rare condition occurs when the fluid that surrounds the baby in the uterus or fetal matters enters the mother's bloodstream.

It wasn't until a week after Callahan's birth that Kayleigh consciously met him for the first time.

When a viewer likened her baby to the size of a toddler, the mum replied: "That's what I said once I found out.

"Actually I said 'What. The. F**k.' when I met him a week later while very high on pain meds." 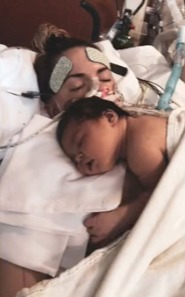 And while others quizzed her about how she knew Callahan was so big, she added: "My belly was massive – but I know other people's are too and have regular sized babies.

"It was just from when he moved and I could feel how big he was."

The video has racked up over 61,000 "likes" and prompted viewers to share their own experiences.

Another added: "Didn't realise how common this was until now. Had an ultrasound and told he would be 8lbs and he came out 12lbs 3oz. Bit of a difference!"

A third wrote: "Mine was 9lbs. They said she'd be the same as her 7lb brother.

"She hurt so much more, the pressure was unreal, I feel for you!"

For more parenting stories, this nanny raised a Brit couple’s surrogate baby for 10 months after they couldn’t fly to US to get him.

And this mum showed her hack for cutting her daughter’s fringe in seconds – and people don’t know whether to love or loathe it.

Plus this mum shares easy way she finally gets her toddler to sleep through the night… & it takes no effort but works every time.