Kate Middleton’s lockdown outfits have sparked instant sell-outs for some retailers as royal fans flock to get the Duchess’ look. However, the Duchess of Cambridge has been praised for “recycling” clothes from previous public appearances for her video calls and interviews. In her latest video, the mother of three has brought back an old favourite from her coveted wardrobe – and it’s still available to buy.

Sharing their latest video on their Instagram account, Prince William and Kate Middleton sat side by side as they said thank you to volunteers across the UK.

The video was created to mark the end of Volunteers’ Week, with the royal couple talking to volunteers around the country about their experiences and saying thank you for all their support.

The caption for the video read: “To all the incredible volunteers across the UK this #VolunteersWeek: Thank you.

“The Duke and Duchess of Cambridge marked Volunteers’ Week by speaking to volunteers across the UK to thank them for the amazing support that they provide to their communities.”

READ MORE: Kate and William give huge nod to Meghan as they break royal tradition 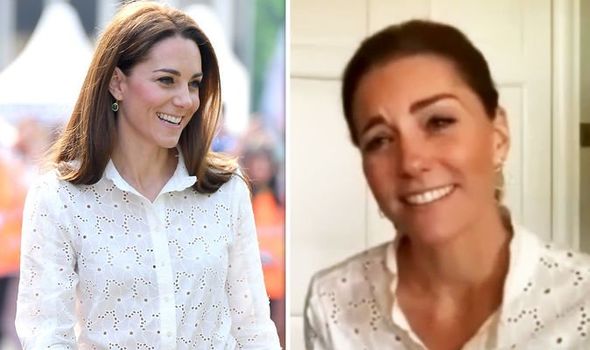 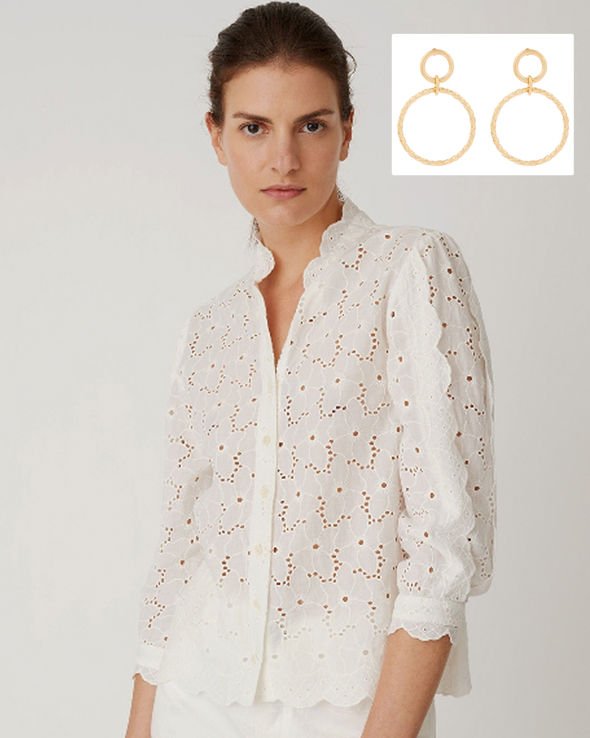 The pair also revealed that the Duke of Cambridge had been joining in the campaign himself.

Prince William wore a blue shirt for the video, while Kate wore a white shirt that she’s been spotted in before.

“You’re a lifeline to them,” Kate told one of the volunteers in a video call, saying to another, “Everyone’s got something to give back.”

The Duchess also asked one volunteer named Cain to give her chess lessons, claiming she’s “terrible”.

Kate has been praised for her more casual look during lockdown, wearing tops and dresses that are less formal than her usual style.

In this new video Kate recycled a shirt that she previously wore to unveil her Back to Nature Garden at the Chelsea Flower Show last year.

The Mabel Shirt by MiH Jeans is £255, and is still available to buy on the brand’s website.

However, it’s already selling fast; usually available from size XS up to a size large, it’s currently only available in extra small. 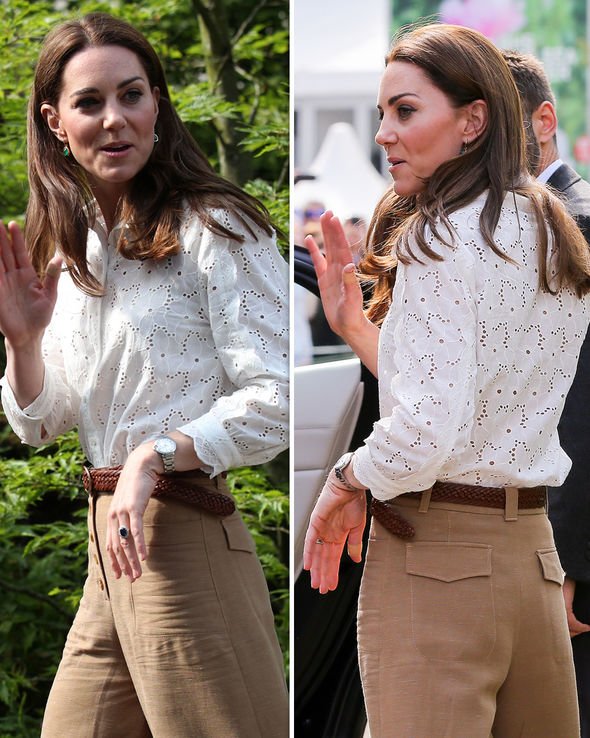 The chic broderie anglaise shirt features a scallop trim on the neck and puffed sleeves, and is made with 100 percent cotton.

The thrifty Duchess paired the shirt with some budget-friendly hoop earrings that she’s also been seen in before.

Kate appeared to wear her Twisted Circle Drop Earrings from Accessorize, which were just £5.

The pretty earrings feature two hoops – one for the stud and one that drops to a length of around three quarters of an inch. 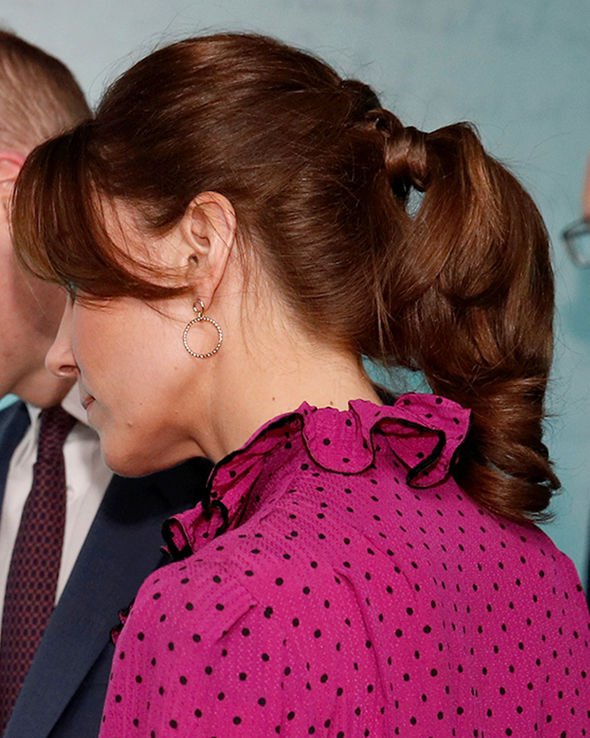 Kate had previously worn the trendy earrings for a reception at Ireland’s Museum of Literature in Dublin.

Kate is known for mixing high street fashion with designer clothing, often appearing in items from high street stores such as Zara and H&M.

In recent weeks she’s also caused Ghost dresses to sell out after wearing the brand’s floaty dress to clap for carers alongside her family.