LONDON — The International Woolmark Prize is teaming with American singer-songwriter Solange Knowles’ creative firm Saint Heron to highlight the work of this year’s six finalists in a digital format, which includes all visuals, website design and a fashion film being released Thursday.

Concepted by Knowles, the film “Passage” features a diverse cast of artists showcasing looks from Bethany Williams, Casablanca, Kenneth Ize, Lecavalier, Matty Bovan and Thebe Magugu, who were selected from more than 380 applicants from 55 countries.

The winners will be revealed June 10. The recipients of the grand prize and Karl Lagerfeld Award for Innovation will receive 200,000 and 100,000 Australian dollars, respectively.

A new prize, the Woolmark Supply Chain Award, will also be given to recognize the outstanding contribution by a trade partner and presented to a member of the supply chain.

This year’s finalists have received 60,000 Australian dollars funding to create a six-look merino wool collection with a “less is more” approach to celebrate slow and responsibly produced fashion and craftsmanship.

They have also been participating in a yearlong mentoring program from IWP’s innovation academy, which offers finalists access to 43 supply-chain partners and mentors, product development support, textile research and development, business and sustainability strategies.

Some of them help a designer enrich their brand’s digital journey, such as the virtual ready-to-wear design system Hologarment, which produces an interactive AR showroom experience, and Blue Bite, which empowers brands to create digital experiences out of their physical products.

Other partners in the program focus on closing the loop in the fashion industry, such as TIPA, which provides fully compostable polybags, zipper bags, mailers, garment bags, and Queen of Raw, a marketplace to buy and sell unused textiles, keeping them out of landfills and turning pollution into profit.

Each finalist has a dedicated regional manager for the entire year, and some of this year’s finalists already delivered examples of how their businesses have evolved and how the prize has changed their practice. 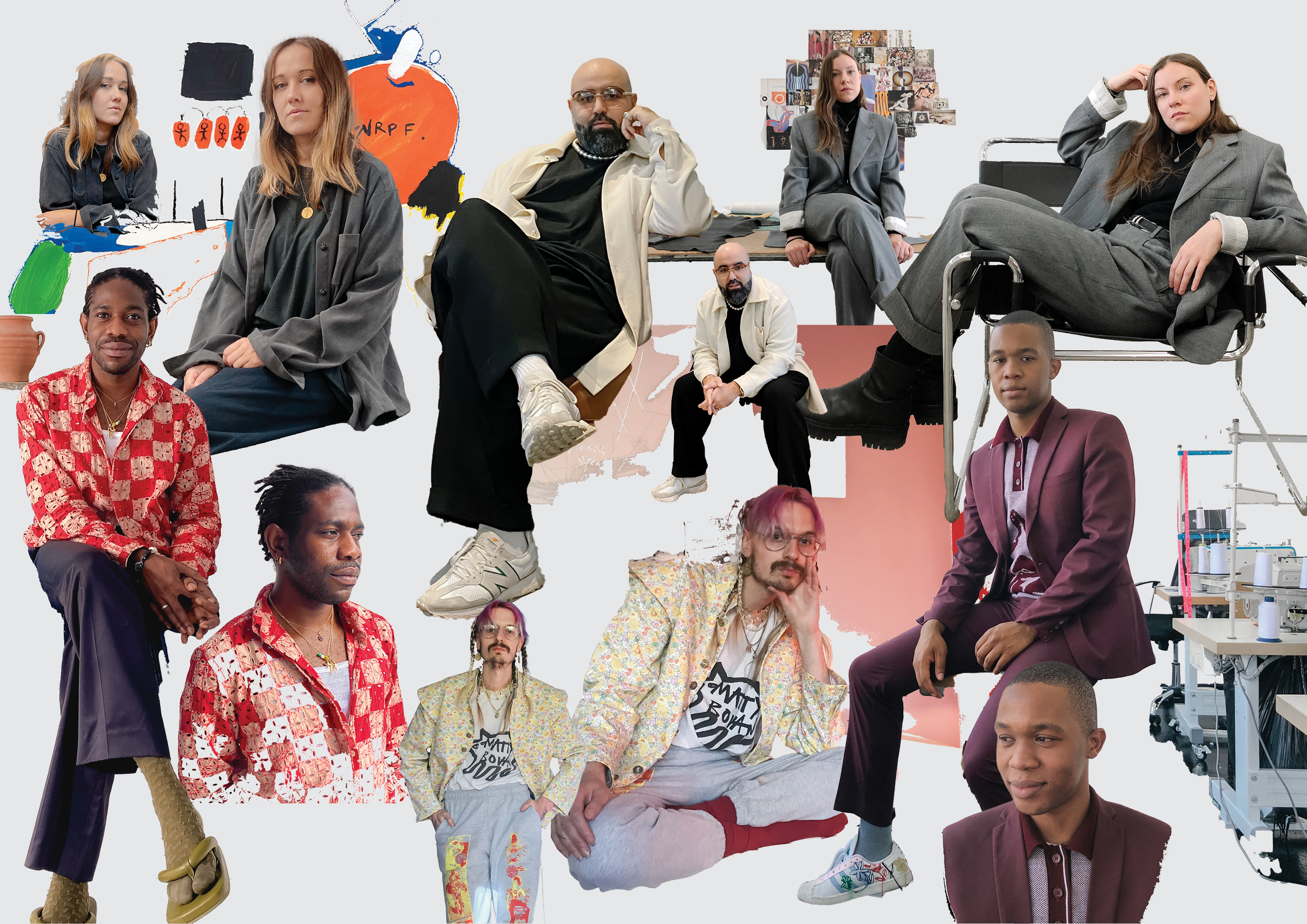 Magugu, for example, has received extensive feedback from retail buyers about the elevation of his product, which has also increased sales. IWP said it has connected the LVMH Prize winner with specialist makers who previously turned him down, including a Japanese mill, an African tweed manufacturer, and textile developers in Amsterdam.

For his IWP collection, the South African designer worked with textile mills Hinterveld and Svenmill on the development of an anti-viral yarn, which was proven to be effective against viruses and bacteria for up to 30 washes. Magugu will be the guest designer at the 100th edition of the international men’s trade show Pitti Uomo and present his spring 2022 collection in Florence.

Bovan and Casablanca’s Charaf Tajer have also seen their retail sales increase since developing their collection under IWP guidance.

Bovan’s IWP collection is made from roll-end cloth from British mill A.W Hainsworth. He developed knitted panels which are then draped into garments, meaning there is no cutting involved and no waste textiles. Tajer incorporated padded oil capsules into his IWP design, which he believes can enhance the wearer’s well-being when the person comes into contact with the fabric.

Williams, who received the Queen Elizabeth II Award for British Design in 2019, executed her IWP collection in partnership with Her Majesty’s Prison as a social project, with an aim to create a supportive environment in which to increase well-being and reduce re-offending rates among the participants by equipping them with professional skills and qualifications. She also developed upcycled knitwear and embroidery with Manusa in Italy for the Woolmark Prize.

Ize’s collection is inspired by Nigerian youths who fought against police brutality with the EndSARS movement. On top of working with local weaving communities to modernize Aso-Oke handwoven techniques, he introduced Nigerian-spun rayon to create an innovative wool crepe fabric. This was the first time Ize has introduced wool yarns to his local artisans.

Thom Browne, who joined the judging panel this year, alongside Naomi Campbell, Holi Rogers, Shaway Yeh and Sinéad Burke, said “there is nothing more inspiring than young artists who are true to themselves.”

“By encouraging innovation through education and funding, the prize gives finalists the space to really consider what makes their ideas different and exciting. I wish all of the designers the best of luck. And I encourage them to remain confident in their individual ideas, always,” he added.

Woolmark Spins a New Yarn in Tribute to Karl Lagerfeld