A PROFESSIONAL cleaner has revealed the five non-negotiable cleaning tasks she does to start every single day.

Kacie Stephens, who owns The Big Clean Co in Australia, took to TikTok to share a video in which she explained what she refuses to compromise on when it comes to her daily cleaning. 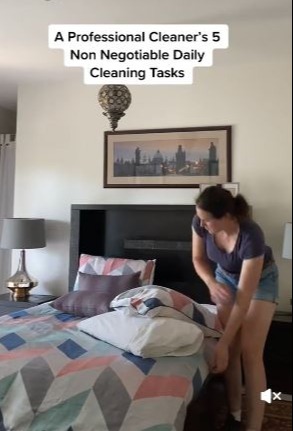 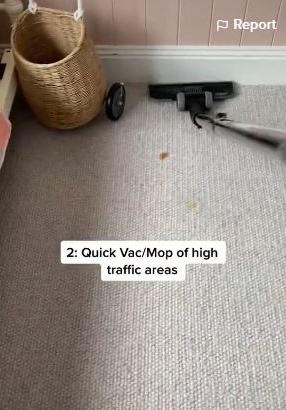 "I’m a professional cleaner and these are my five non-negotiable cleaning tasks," she began.

She then gives "high traffic areas", such as the hallway and kitchen, a hoover or a mop, before turning her attention to the bathroom, and cleaning up any clothes that are on the floor.

"Even if you're just throwing them into a basket," she added.

Next, Kacie never leaves the dishes for the next day, and always ensures her crockery is clean before heading to bed.

And lastly, she always makes sure that she cleans down the countertop after every meal.

While Kacie was praised by the majority of people in the comments on the video, some suggested she goes slightly overboard in the amount of cleaning she's doing on a daily basis.

"Almost no one does this everyday," one person wrote. "Im glad it works for you, but this is not the standard for most people."

However, Kacie hit back: "You mean *almost no one you KNOW of* does this daily."

"Hard pass lol. I admire those who do, but I have different priorities," another person commented. 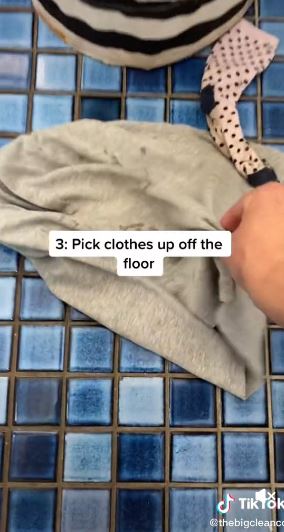 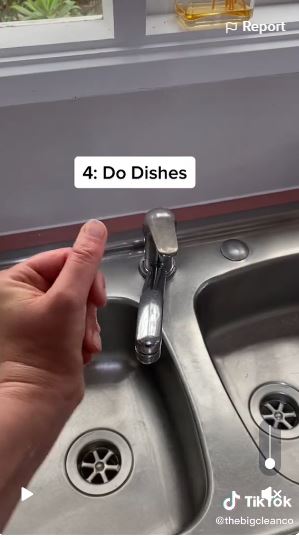 A third person added: "This is great and I love it. But this really isn’t realistic for some of us."

Others insisted Kacie wasn't expecting too much by suggesting the five daily tasks.

"Great tips," one woman wrote. "These are not hard at all. Surprised at some comments.

"You'd think these would be normal tasks I.e. picking up after yourself."

"I do this everyday and I’ve got 4 kids," another person added. "But I’d rather wake up to a tidy house than a messy one."

This person was told their home was deep-cleaned before they moved in, but what they found in the carpets was grim.

Include these hacks in your kitchen cleaning routine to get it sparkling.

And another professional cleaner has revealed some secrets of her job.