PARIS — Tough times can serve as a unifying force, as symbolized by Galeries Lafayette’s kick-off event for the “Paris Mon Amour” campaign. It brought together politicians, tourist board authorities, fashion industry figures, Paris Mayor Anne Hidalgo, Mickey and Minnie Mouse and a troupe of dancers from the Moulin Rouge. 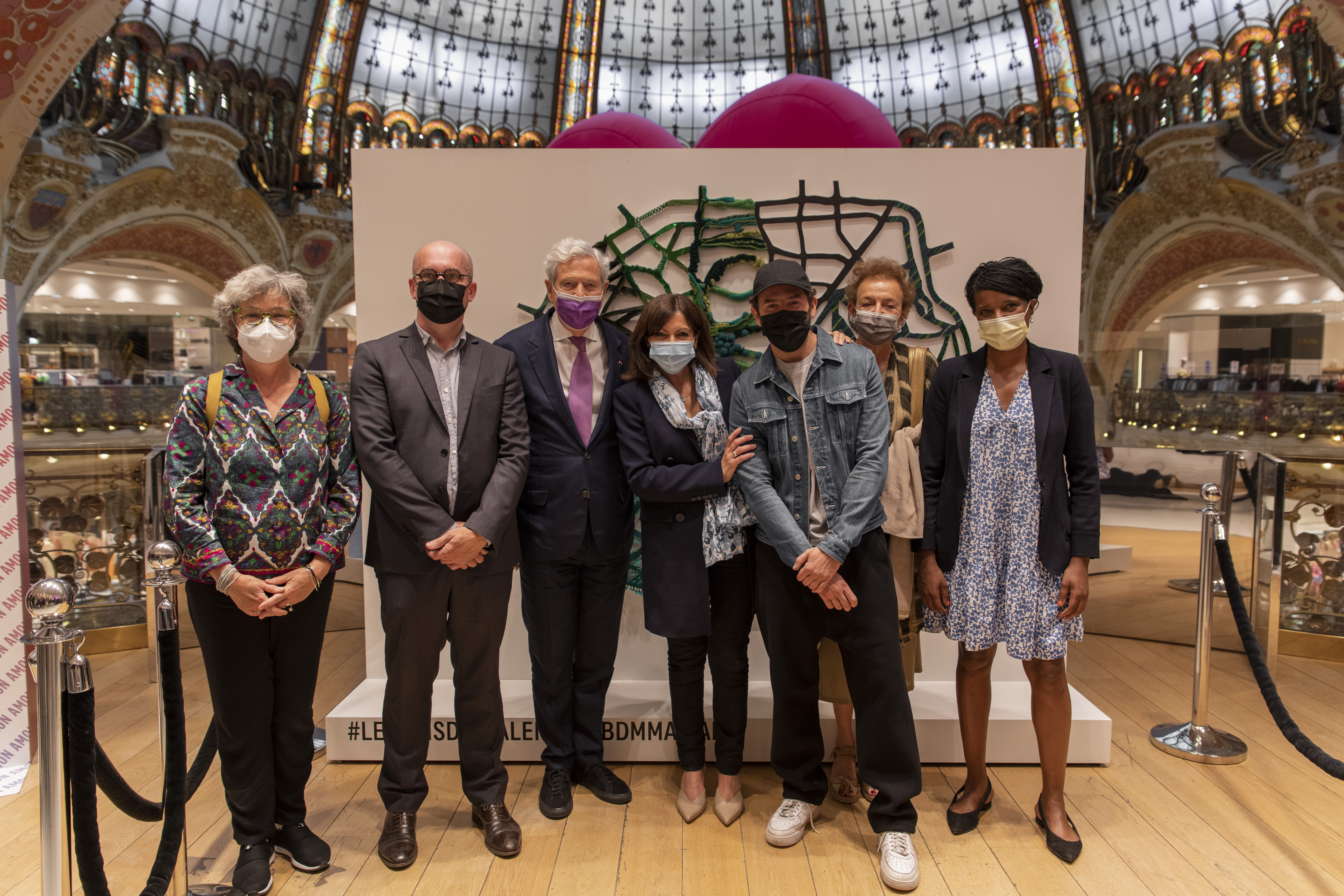 Outside, the windows of the famous Paris department store feature pictures by Thibaut Grevet of places like the Place de la Concorde, the Eiffel Tower, and the Canal Saint Martin, while inside, a huge heart, the symbol of fashion label Ami, hangs under the cupola. The brand is a partner for the campaign, which runs through Aug. 31, with an emphasis on local products and destinations, with events planned throughout the period.

“I love Paris, we love Paris, and that is why we will always make sure it continues to shine well beyond our frontiers,” said Hidalgo, lauding the initiative.

“We’re feeling some enthusiasm from local clients and we’re doing everything we can to draw them in,” said Galeries Lafayette chief executive officer Nicolas Houzé. He said the department store is projecting the return of tourists in 2022.

Paris tourist office head Corinne Melegaux said there has been a slight return of tourists from Europe, mostly from neighboring countries like Switzerland and Belgium, and officials are hoping for more visitors this summer than last.

“We’re counting a lot on the back to school period,” she said, noting that’s when business tourism could resume.

“Even if people are eager to travel, the conditions aren’t optimal for traveling,” said Melegaux.

Department stores in Paris have suffered a string of difficulties in recent years, with business interrupted by strikes and protests before the pandemic hit, depriving them of deep-pocketed visitors from Asia, which had become an important client base.