LONDON – The Duchess of Cambridge did her duty for the country on Sunday, dashing from Wimbledon, where she watched Novak Djokovic defeat Matteo Berrettini and win his sixth title, to Wembley stadium for the England-Italy final in the Euro 2020 Cup.

It was a busy weekend for the duchess, who has just emerged from self-quarantine after learning she’d been in contact with a COVID-infected person.

She attended the women’s final on Saturday in her role as patron of the All England Lawn Tennis and Croquet Club, which hosts the Wimbledon Grand Slam tournament. The duchess, wearing a green Emilia Wickstead midi-dress, presented women’s winner Ashleigh Barty with her trophy. 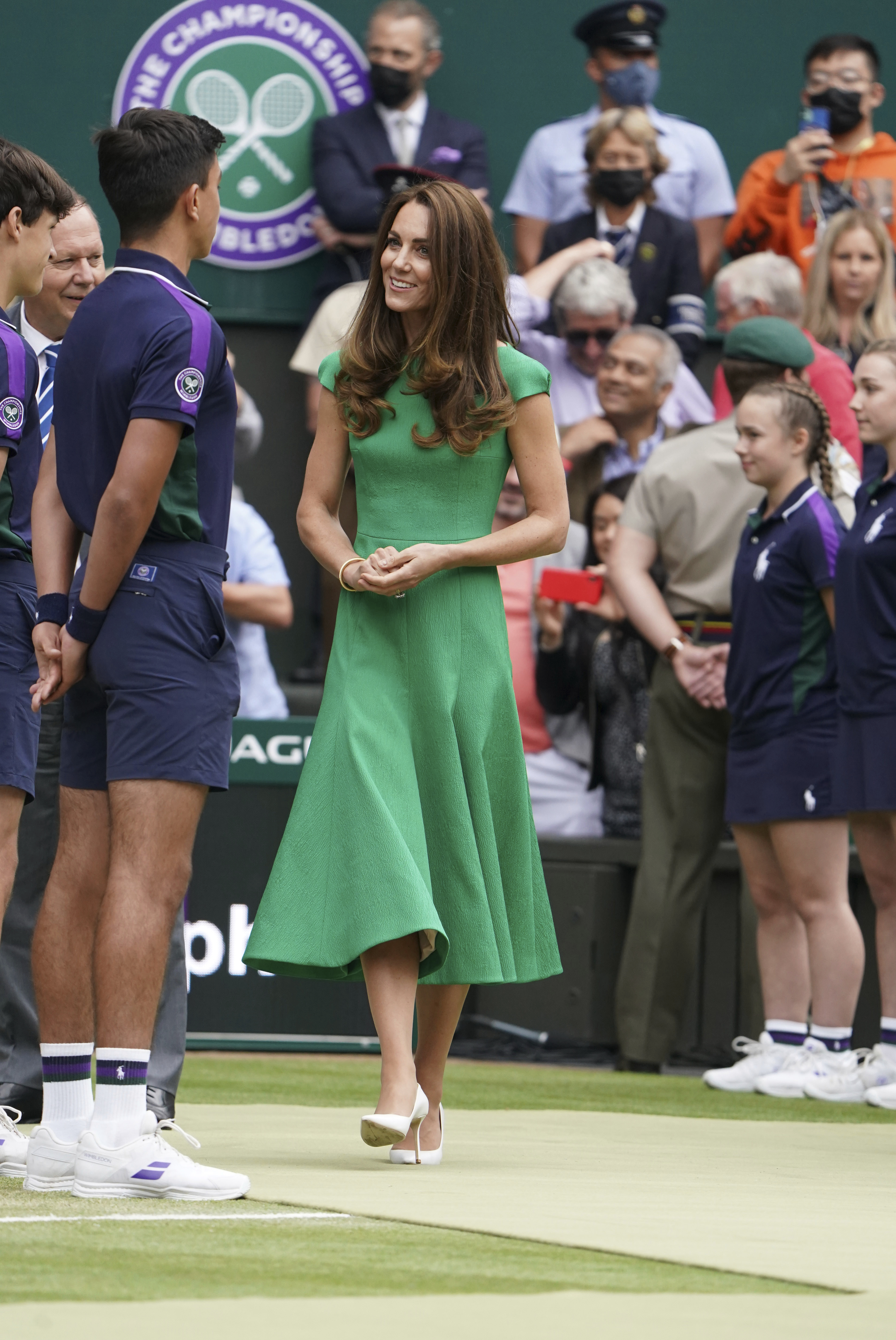 On Sunday, she donned a baby pink Beulah London dress for the men’s finals, which she attended with her father Michael Middleton. At one point they were snapped in the royal box doing the Mexican wave.

Kate Middleton later joined her husband Prince William and her eldest son Prince George at Wembley for an historic match against Italy in the Euro 2020 Cup. On Sunday night she donned a white jacket and a pair of oversized, red beaded hoop earrings in a tribute to the England team, whose colors are red and white.

She was at Wembley late last month with William and George watching England win 2-0 against Germany, which took the national team into the quarterfinals. It was the first time that Prince George, who turns 8 later this month, had been able to cheer on the English national team. 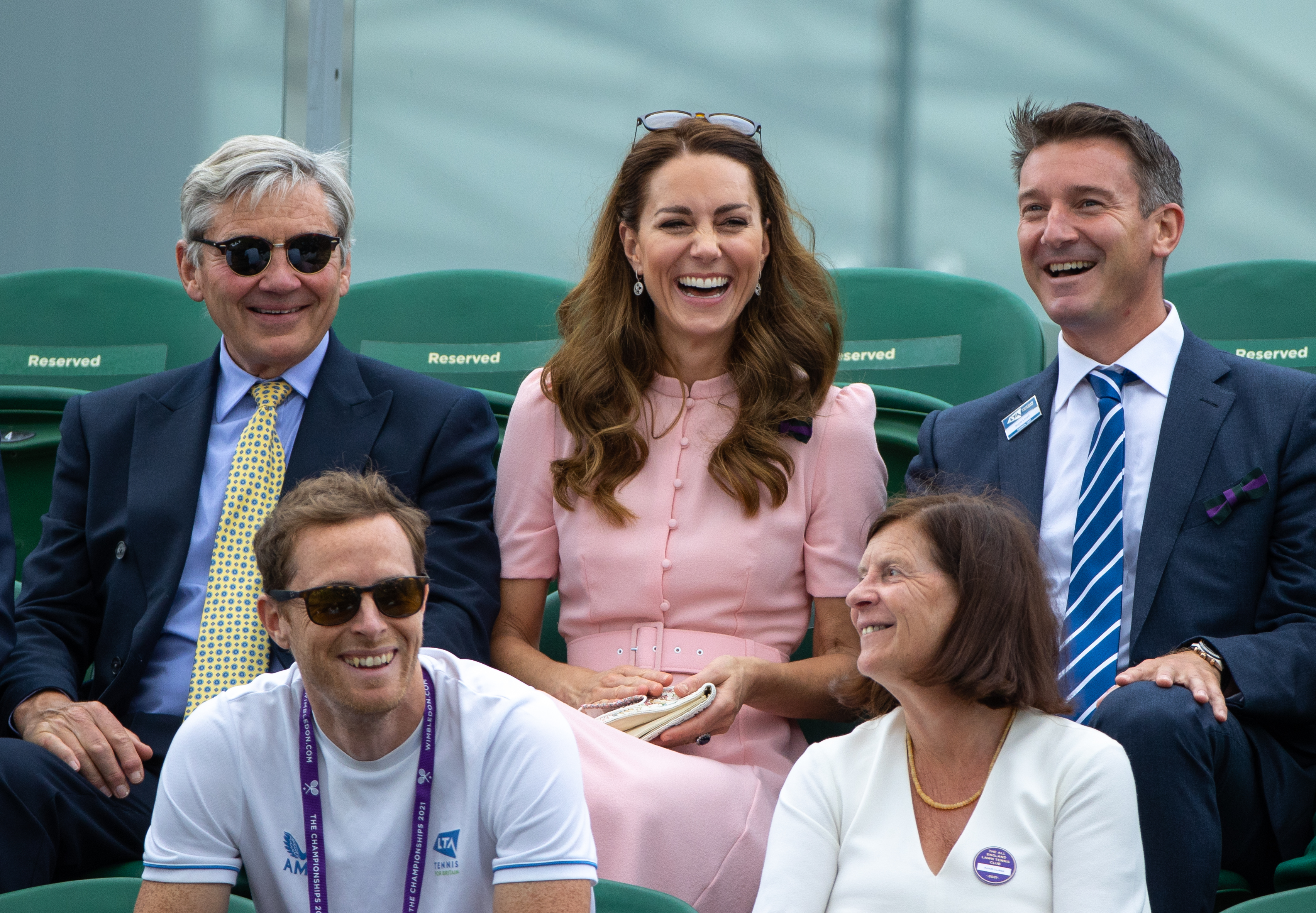 The Duchess of Cambridge watching the men’s final at Wimbledon with her father Michael Middleton. AP

Earlier in the day, Prince William posted a short video on Twitter urging the England team to victory and wishing all the players well.

“I can’t really believe this is happening. It’s so exciting, and just wish you the very best of luck,” William said. “You bring out the very best of England, and the whole country is behind you – so bring it home.”

This is the first time in 55 years that England has a chance of winning a major men’s tournament. In 1966 the England team won the World Cup on home turf, but has not won an international tournament since.