LONDON — Designs by the late L’Wren Scott will go under the hammer at Christie’s London in June in a sale initiated by Scott’s longtime partner Mick Jagger.

The L’Wren Scott Collection will be sold online from June 9 to July 1, and comprises 55 curated lots designed by Scott between 2008 and 2014. Christies said the auction is meant to “celebrate her legacy as a highly respected couturier and stylist.”

Proceeds from the sale will be donated to the L’Wren Scott MA Fashion Scholarship at Central Saint Martins, a scholarship set up in memory of Scott by Jagger in 2015.

Each year, the scholarship aims to support a student to reach his or her potential “in the highly competitive environment of fashion.” 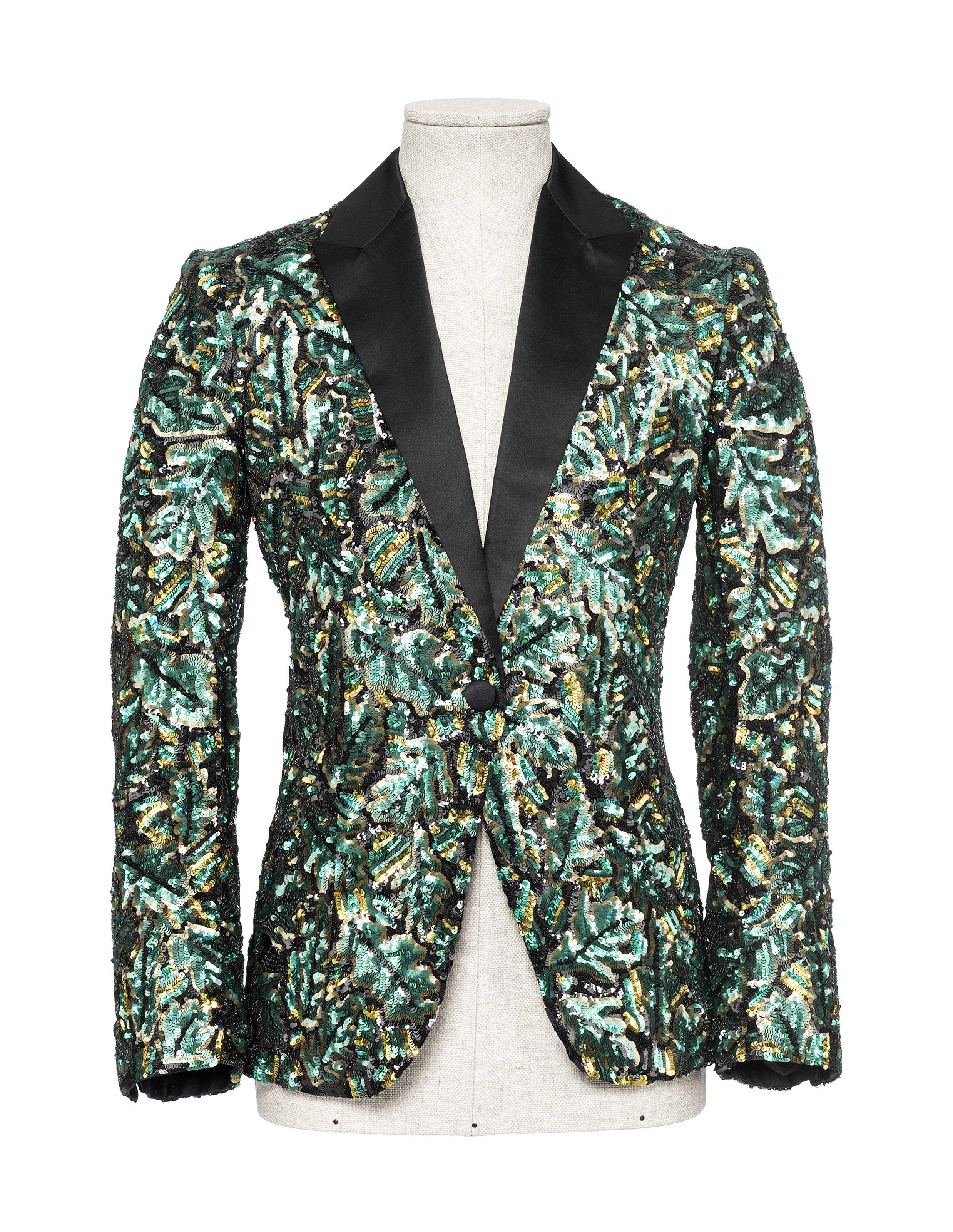 One of the jackets designed by L’Wren Scott for Mick Jagger. Image Courtesy of Christie's

The 55 pieces in the sale were worn by L’Wren and by her clients in fashion, film and music. Scott, a former model who died aged 49 in 2014, was famous for her red carpet designs, curvy, sculptural silhouettes — and host of Hollywood fans.

Jagger described the upcoming auction as “a celebration of L’Wren’s remarkable work, and a wonderful opportunity for the public to see and enjoy her creations.” 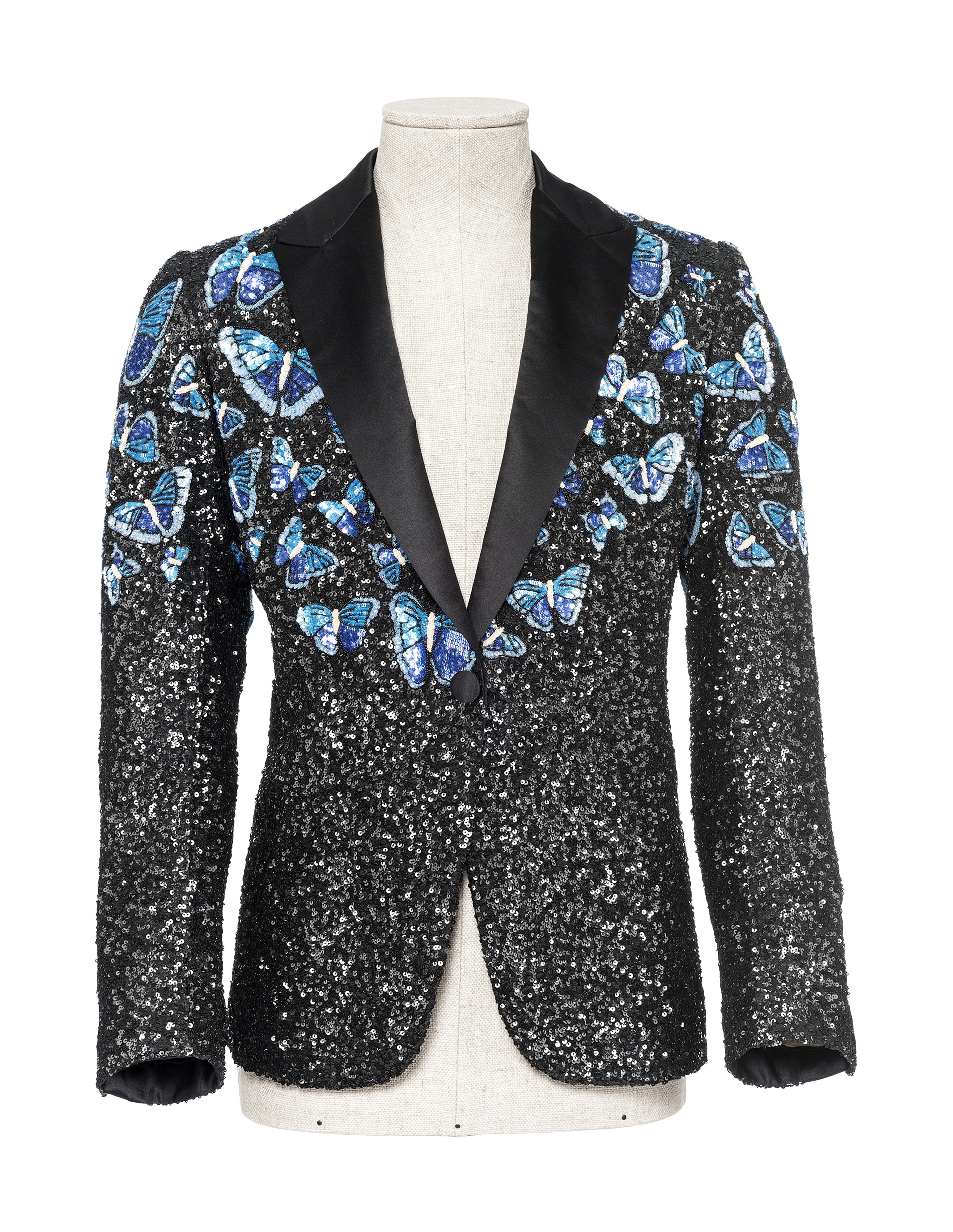 One of the jackets designed by L’Wren Scott for Mick Jagger. Image Courtesy of Christie's

He described Scott as a “talented and passionate designer with a keen eye for detail. Everyone who wore her dresses was at the center of her designs. She created beautiful pieces that were the epitome of elegance and sophistication, yet with a contemporary feel. I’m delighted the proceeds of this auction are going to benefit young students, helping to nurture emerging talents in fashion.”

The top lots are two bespoke stage jackets that Scott custom-designed especially for Jagger. The sales estimate is 20,000 pounds to 30,000 pounds each.

One of them is the “glamouflage” jacket, which is made of black satin and is beaded, densely sequined and embroidered with oak-leaf motifs in shades of green, black and khaki.

Jagger wore it during The Rolling Stones’ headline performance at Glastonbury in 2013.