If a Broadway return heralded by the 74th Tony Awards suggested it’s time to suit up again, the live show pointed to a dress code with very few don’ts. 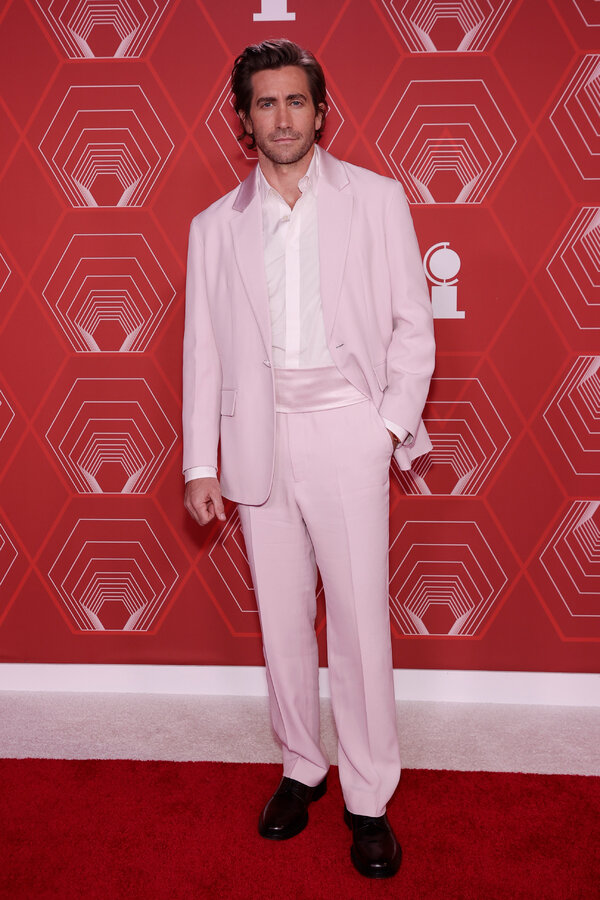 Thus the evil spell was broken and Broadway was reborn, following a gestational period roughly equivalent to that of an elephant. And, if a Tony Awards marking the comeback of one of the larger drivers of New York’s cultural economy and an enduring emblem of the city was not, as is so often the case with these shows, a case of elephant gives birth to mouse, its monumentality was largely symbolic.

There were highs without doubt, foremost among them Jennifer Holliday’s reprise of her epochal performance at the 1982 Tony Awards of “And I Am Telling You I’m Not Going,” from “Dreamgirls,” which was not only showstopping but may briefly have thrown the earth off its axis. Yet, overall, the event was homely and modest by the standards of spectacles increasingly staged less for real-time effects than for instant viral replication.

This was reflected in the familial tone of the show — a gathering of the greasepaint tribe so often evoked when show people gather — but also in the performers’ wardrobes. Partly the wonky tone of the Tonys owed to an unwieldy format that bifurcated the broadcast, with the first half streamed on Paramount+ and the remainder aired live on CBS. Toggling between the two felt a bit like peering into the kids’ room to see them playing on an Xbox and then checking in on grandpa’s den, where he is fiddling with a rabbit-ear antenna.

The clothes, too, expressed a certain generational dissonance, a befuddlement about how we now dress for a world that Covid-19 has altered out of recognition. We are talking here primarily about the attire of the cis-gendered male portion of the Broadway population. Having sloped around indoors for two years in our underclothes, do we now gussy up for red-letter events as our dads may once have, wearing penguin suits and cummerbunds and ties that require an instruction manual to knot? Or do we adopt some kind of new formal wear?

People seem undecided. For the recent Met Gala, Jerry Lorenzo, the Fear of God designer, stood out from a crowd of impeccably tailored socialites and celebrities (and politicians: The smart cut of Mayor Bill de Blasio’s blue velvet suit made one long to know the name of his tailor) by coming in his own version of formal wear. That is, beautifully cut taupe sweats and a soft blazer worn with backless sneakers.

Similarly, at the Tony Awards, Jake Gyllenhaal’s “alabaster” (looked pink to me) crepe Prada tuxedo worn tieless and with an open-necked shirt seemed like a fine sartorial response to the question of how to appear polished and yet not casket-ready.