It may be the end of Jean Paul Gaultier as we know it, but a new era is on the horizon.

Late last week, the storied fashion house sent its followers into a virtual tizzy after posting an obscure message to Instagram with only the words “The End” in bold black font. Assuming this meant that the iconic brand was shutting its doors for good, fans scrambled to get their hands on something, anything to secure their own piece of iconic fashion history—and resellers were eager to cash in. JPG prices across resale sites began to skyrocket almost immediately as the masses tried to decode the meaning behind the cryptic post.

Leaving fans buzzing about its future, the brand announced today that it would be making its return to ready-to-wear with a sailor-themed collection—an homage to the signature striped pieces from the archives. To ensure its legacy lives on with a new generation, its newly appointed creative director, Florence Tétier, is tapping into JPG’s “sturdy foundation”—according to a press release—to build out the brand’s next chapter. However, it’s worth mentioning that even though this exciting venture marks the beginning of a new era, many considered Gaultier’s last prêt-à-porter show from spring 2015 the end of the brand’s RTW days.

“It’s very simple: People want to wear Gaultier,” Tétier said of the comeback. And the new head of the house isn’t wrong. When it comes to archival fashion finds, JPG’s mesh pieces are somewhere close to the top. Spanning generations, the brand’s rise to popularity coincides with the return of the ’90s and early-aughts trends in fashion. 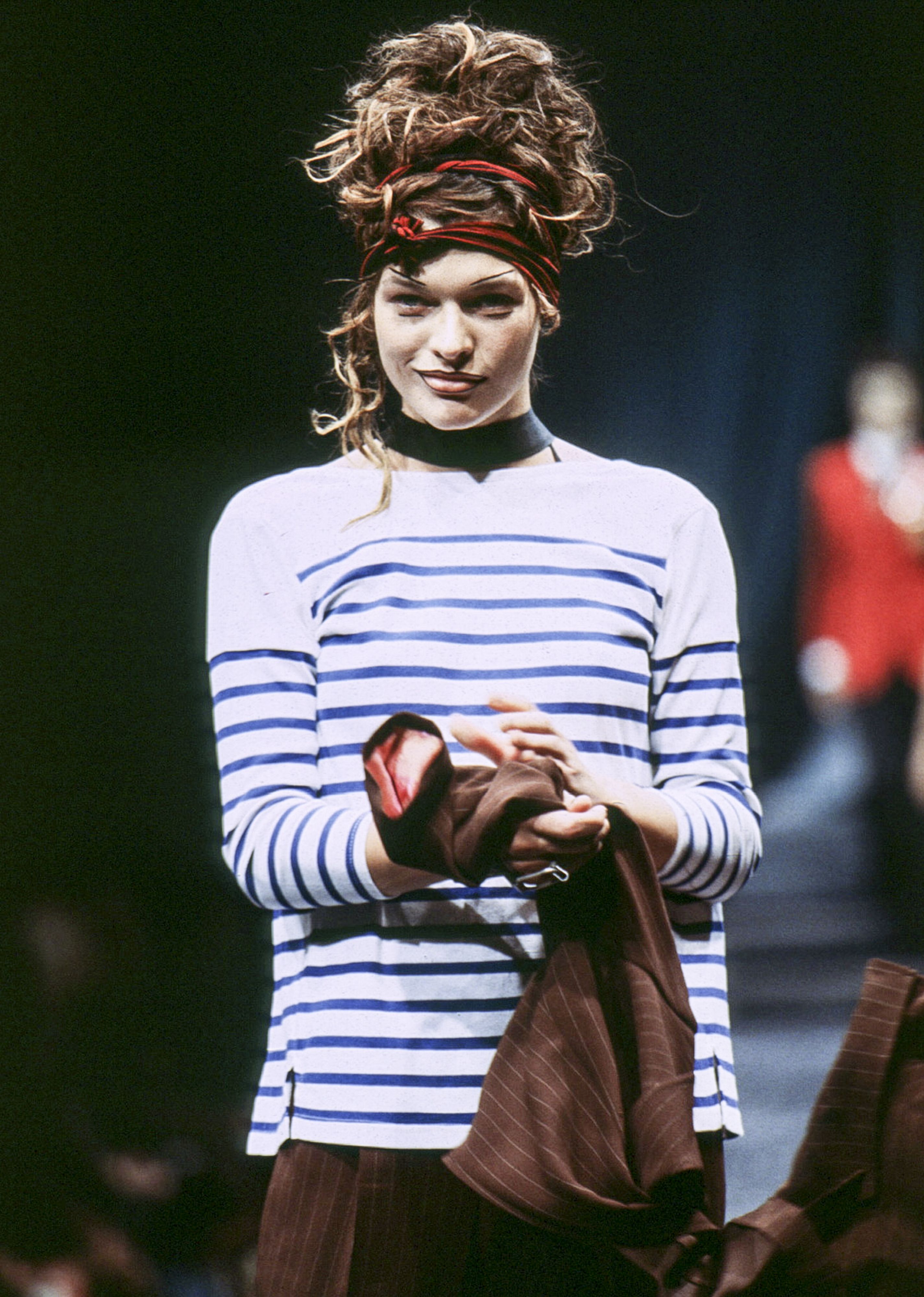 Its first ready-to-wear collection will be released on May 28 at 11 a.m. CET on the brand’s new website.